An Afternoon with Audrey Hepburn

Timed to coincide with the National Portrait Gallery Exhibition “Portrait of an Icon” curated by Terence Pepper, and Helen Trompeteler, Lucy Bell Gallery is delighted to present these previously unseen images of Audrey Hepburn, from the archives of George Douglas, and Angela Williams.George Douglas.

The Archive of George Douglas, one of the key Picture Post photographers of the 1950s, was almost lost after his death in 2010. Stored in rusting filing cabinets in the basement of his Brighton home, thousands of unsorted negatives, from picture essays on celebrities like Audrey Hepburn and Vivien Leigh to photojournalism documenting everything from the Queen’s rat catcher to the work of one of the first speech therapy clinics, lay jumbled, dusty and forgotten.

Fortunately, another photographer, Roger Bamber and his wife Shan Lancaster, inherited the filing cabinets and were curious enough to investigate and discovered that he had left a remarkable legacy. These previously unseen pictures of Audrey Hepburn in New York in 1952, are part of this remarkable legacy.  At the time she was the toast of Broadway for her role in Gigi but still had not had a leading role in a movie and was relatively unknown. Douglas firmly believed she was going to be a huge star. He risked his own savings on a freelance trip to America. Persuading her to work with him was essential – but there was no prior agreement in place.

Everything depended on her co-operation.His diaries include a memoir of a nerve-wrenching week, down to his last few dollars and fearing he would never even meet Hepburn, before he finally managed to arrange a brief interview in her dressing room as she made up for a performance. He wrote that he found her friendly and welcoming and told her he found New York frightening; the people were so cold and aggressive.”But of course,” Audrey said, ”so would you be if you were surrounded by concrete. When do you think they even see green hills or trees?”

“By the time I left her dressing room we had agreed to meet in two days’ time and to take pictures in Central Park and I had fallen in love with Audrey Hepburn.” The result was a triumph. Hepburn posed for him shopping, sightseeing, making up, chatting to local children, patting cab horses and escaping the hated concrete in Central Park.

Images from the shoot will be part of Audrey Hepburn: Portrait of an Icon at the National Portrait Gallery from 2 July.

Angela Williams (Coombes) worked with Norman Parkinson from 1962 -1967, as his assistant, but also as a successful portrait photographer in her own right, working on commissions with the journalist Jeremy Banks on shoots for magazines such as The Observer Colour Supplement.

Her work is now held in high regard and her later portraits of Lucie Rie and Fay Weldon and her boys are included in the National Portrait Gallery.

This series of images of Audrey Hepburn, was shot in Paris, in 1964, at the Ritz in Paris.“This was one of the first assignments I had with Jeremy Banks, a journalist who worked with Parkinson on Queen Magazine, I just remember Audrey Hepburn in Paris in a huge room, at The Ritz, full of yellow roses. She was wearing Givenchy, the lights were low. She sparkled through the chandelier.” Angela Williams recalls.

Norman Parkinson was particularly interested in this series of images, he was a big fan of Audrey Hepburn and of Angela’s work. “I worked closely with Parkinson and Jeremy Banks on the production of The Beatles Book from last shoot Park’s did before he left the UK to live in Tobago – Parks asked me to come up with lots of experimental images from the Beatles negatives that were not unlike these, using natural available light and “stewed“ in tanks of developer – making the resulting images very gritty”Later he encouraged me to crop in on, and play with my Hepburn photographs, so now 50 years later I have taken his advice and created this set of images, as low key, cropped and broody is as Parkinson and I discussed them”

“Banks had asked me to rendezvous with him at The Ritz in Paris – we were to drive to La Maison Blanche to photograph Claude and Georges Pompidou for Womans Journal – it was a complete surprise – I had just a few minutes to register in my head – who I was being asked to photograph. “Audrey was dressed in Givenchy – she had been photographed just before she spent time with me. I wanted to take her outside – but there was not time – so I played with the situation – using the chandelier and the mood to try to capture a personal view of her. A moment in time when our lives brushed – she was like a frail butterfly – exquisite and captivating. Gentle – firm, vivacious and quiet.”

These rare images, many of which have not been printed before, come from the original negatives, some are printed full frame by the same printer that Parkinson later used, Robin Bell. They reveal Hepburn as delicately brilliant, sparklingly fine, Williams has captured both her timelessness and mood, in that brief hour. “Parkinson often cabled me from Tobago by way of encouragement – if he saw one of my portraits appear in the Observer or other magazines – he once wrote ”promise me Angela, you will never take a hideous photograph. But then you wouldn’t would you? Hideous is not mod ”!!”

Angela Williams is a successful photographer whose subjects have included many of the iconic figures that defined the 1960s and 1970s, such as Paul Newman, Bill Wyman, Audrey Hepburn, Jane Fonda, Tom Courtenay and, Pink Floyd to name just a few. 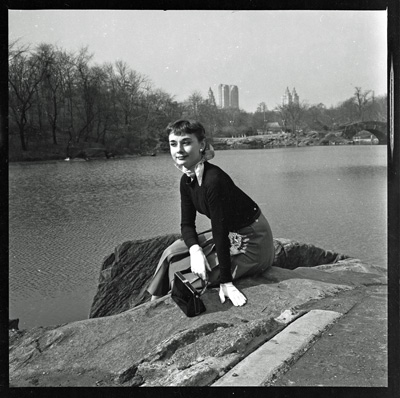 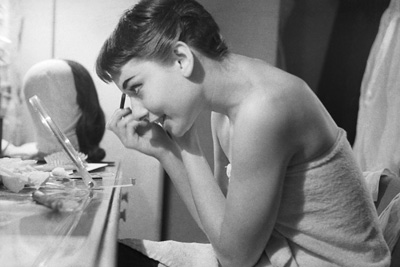 George Douglas – Audrey Hepburn – Backstage Broadway making up for her Role as Gigi, 1952 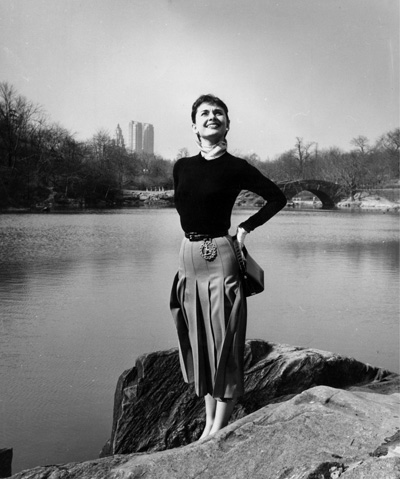 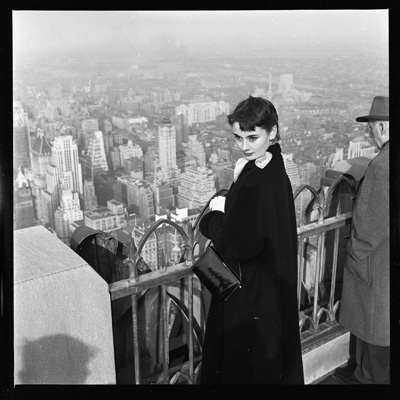 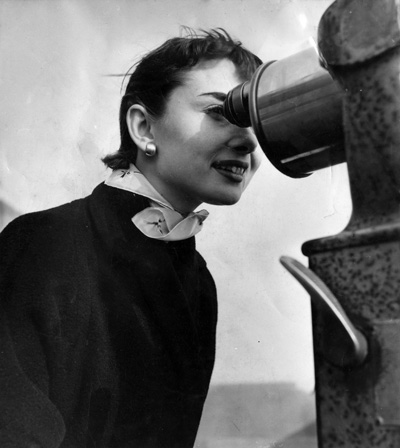 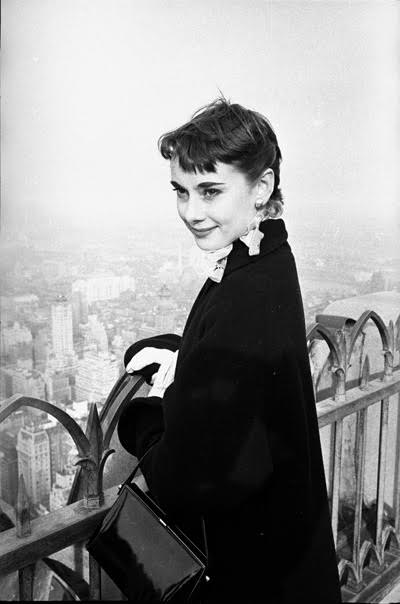 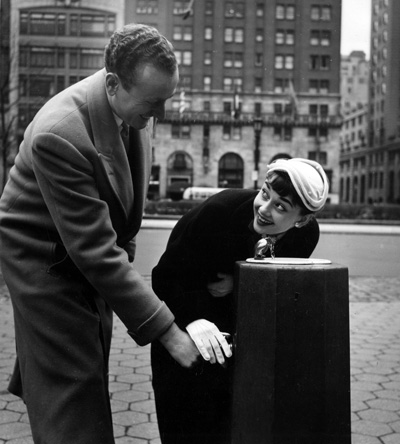 George Douglas – An Afternoon With Audrey Hepburn New York, 1952 with her fiancee at the drinking fountan 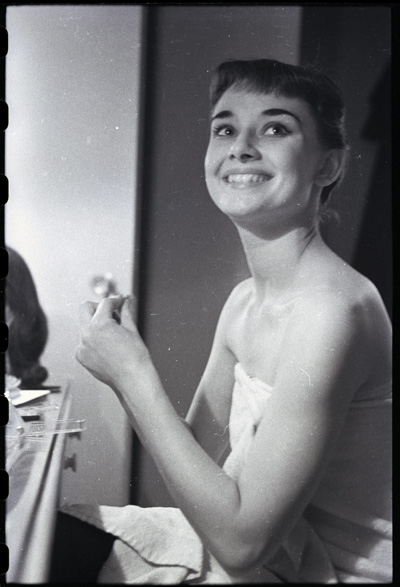 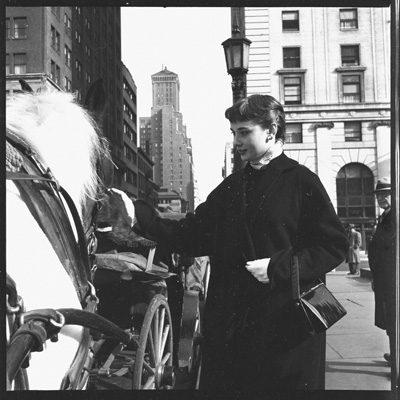 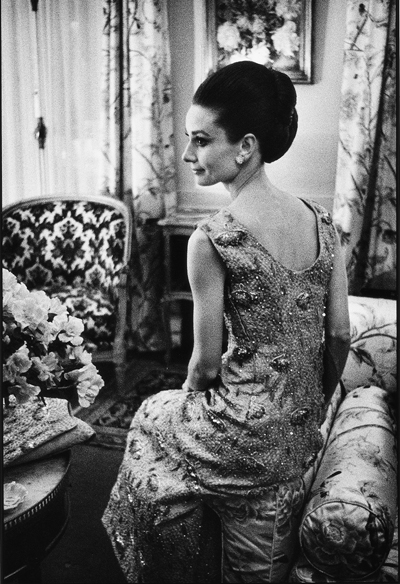 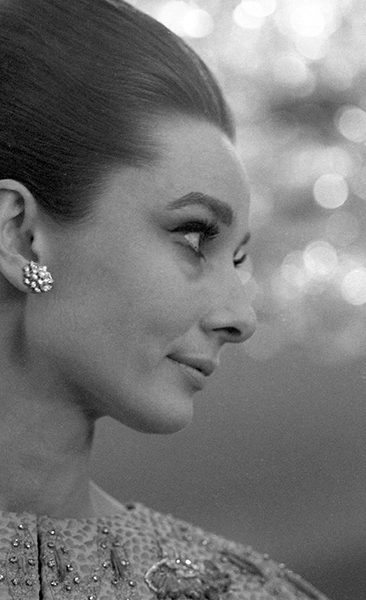 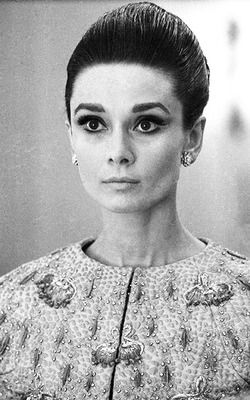 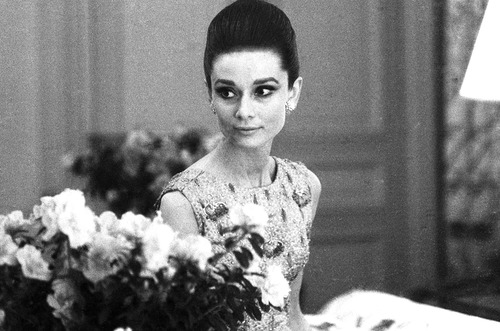 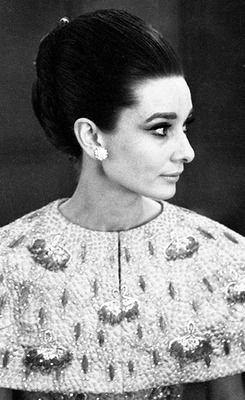 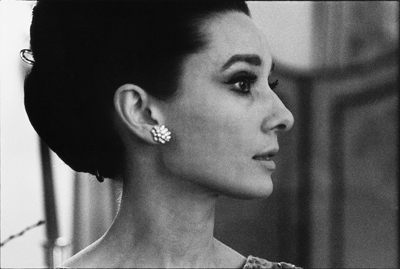 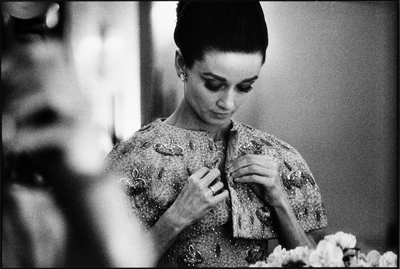 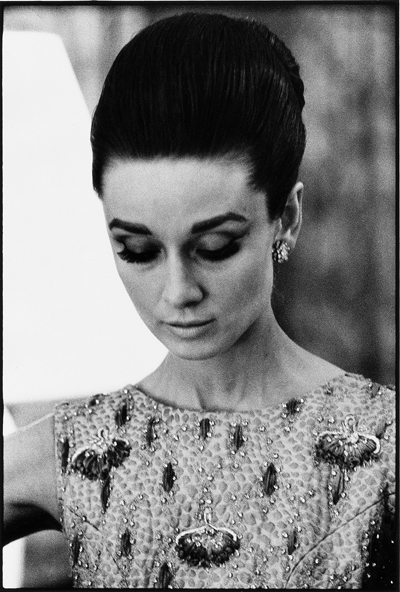 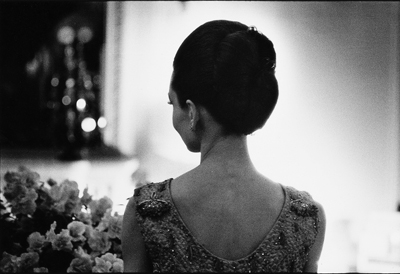