And Then There Were None

Roger Hopgood’s work over the years has largely been associated with landscape and the ways in which landscape is often used to express ideas of heritage and cultural identity.

In this latest series, however, such concerns have shifted away from the ‘natural’ environment. The images instead focus on country house interiors that seem to conjure up an atmosphere of intrigue and malice.

The title of the series, And Then There Were None, is taken from an Agatha Christie novel and the pervading mood in the work seems to convey the idea that something untoward has occurred in this very English setting. Yet, despite, the concentration on interior space it would be untrue to suggest that Hopgood has shifted entirely away from landscape. A principal concern of his recent work has been the Picturesque, an aesthetic movement that emerged in the late 18th century that in the main was the concern of the affluent and educated.  Around this time the gardens of many country houses were modelled to provide picturesque effect for those observing from the vantage point of the terraces and upper windows. With this in mind we can see the work in a different light: throughout the series landscapes are glimpsed here and there through windows and referenced through an assortment of decorative objects.

One might also say that the external space is alluded to through the emphasis placed on light flooding into the rooms and illuminating the textures of the furnishings and artefacts. Within the interiors, however, there is more to contemplate than the riches of history and heritage. Each image contains a mysterious, Magritte-like object collaged into the space with careful precision, such that one wonders at first whether it is life size and the room around it miniature. One effect of this is that the grandeur and authority of the rooms is diminished. Whether we read the rooms as doll-size or connect them with the trivialities of popular culture – the whodunit drama or the board game Cluedo – the rooms no longer seem to have the power to interpellate us. This combination of elements – the heritage interior, the Picturesque, the murder mystery – may strike us as an incongruous mix but not perhaps when one bears in mind that many English country houses of the 18th century can be linked with slavery and imperialism, and all existed within a culture of pronounced division of rich and poor. Images such as Ballroom with Milking Stool or Drawing Room with Pheasant seem to point us towards this kind of trail of enquiry.But the work takes us further than a mere indictment of the historic house and an aesthetic that thrives on inequities of wealth and power.

The collaged objects seem to also refer us to subjecthood in the psychoanalytic sense. Subjectivity, a sense of self in the outside world, has been connected with vision and the feeling of being at the focal point of what is seen. The country house could thus be read as a symbol of observational advantage, an ennobled position giving rise to subjectivity. From this perspective the interplay between interior and exterior has a more complex meaning. Immersed in the language of a paternal symbolic order there is a longing for the materiality of the landscape.Hopgood is currently working towards a PhD in art practice at Goldsmiths College. 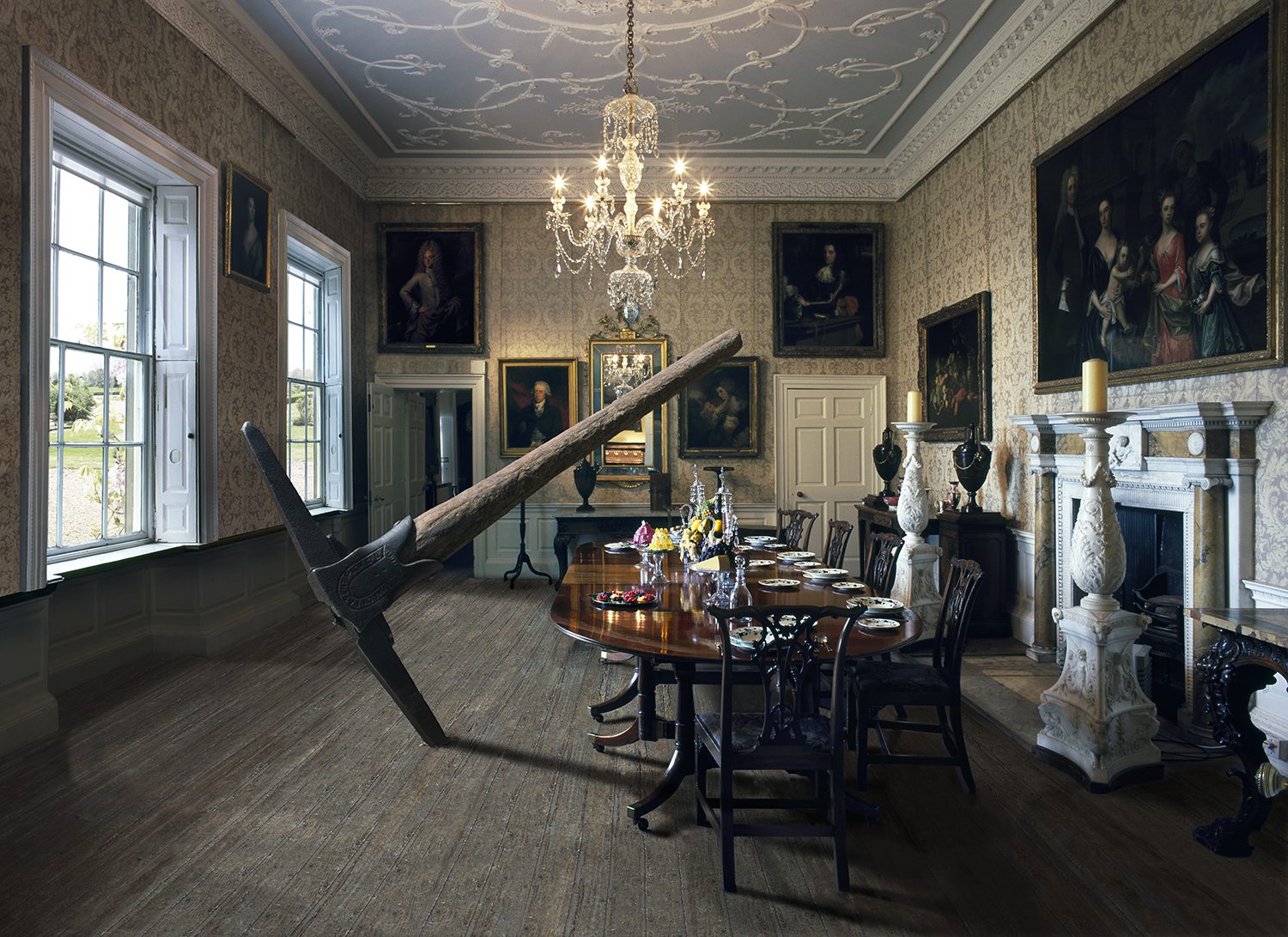 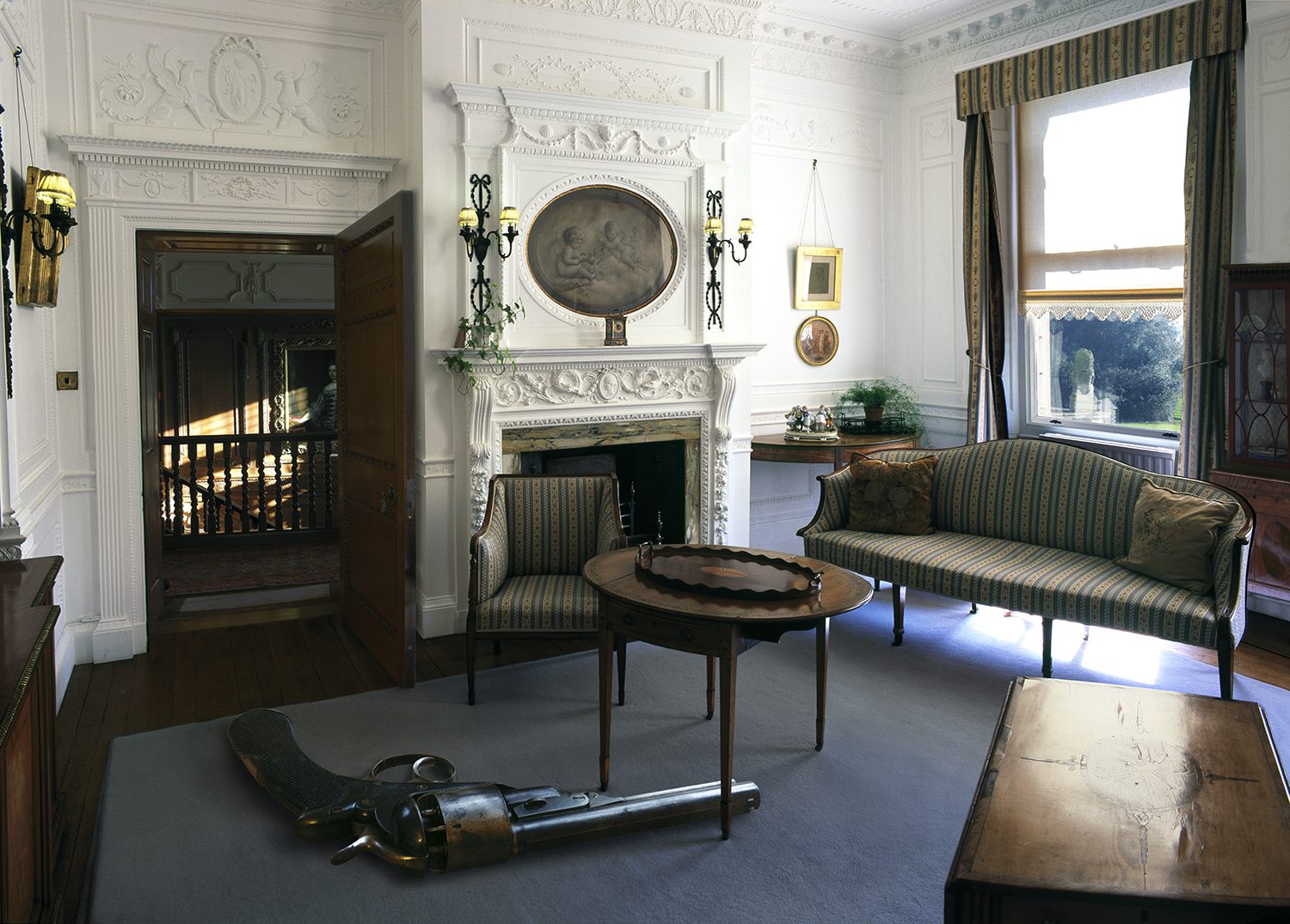 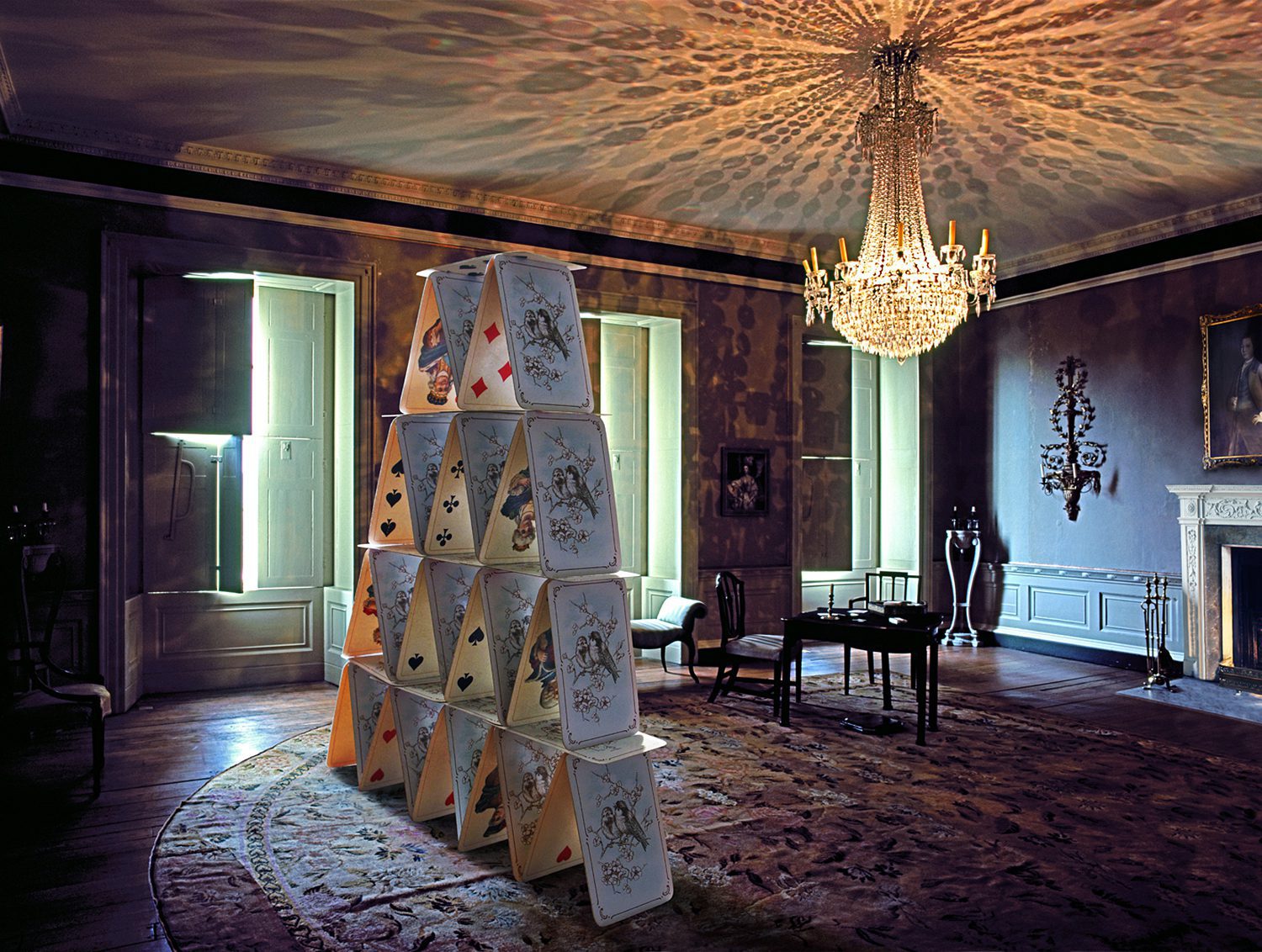 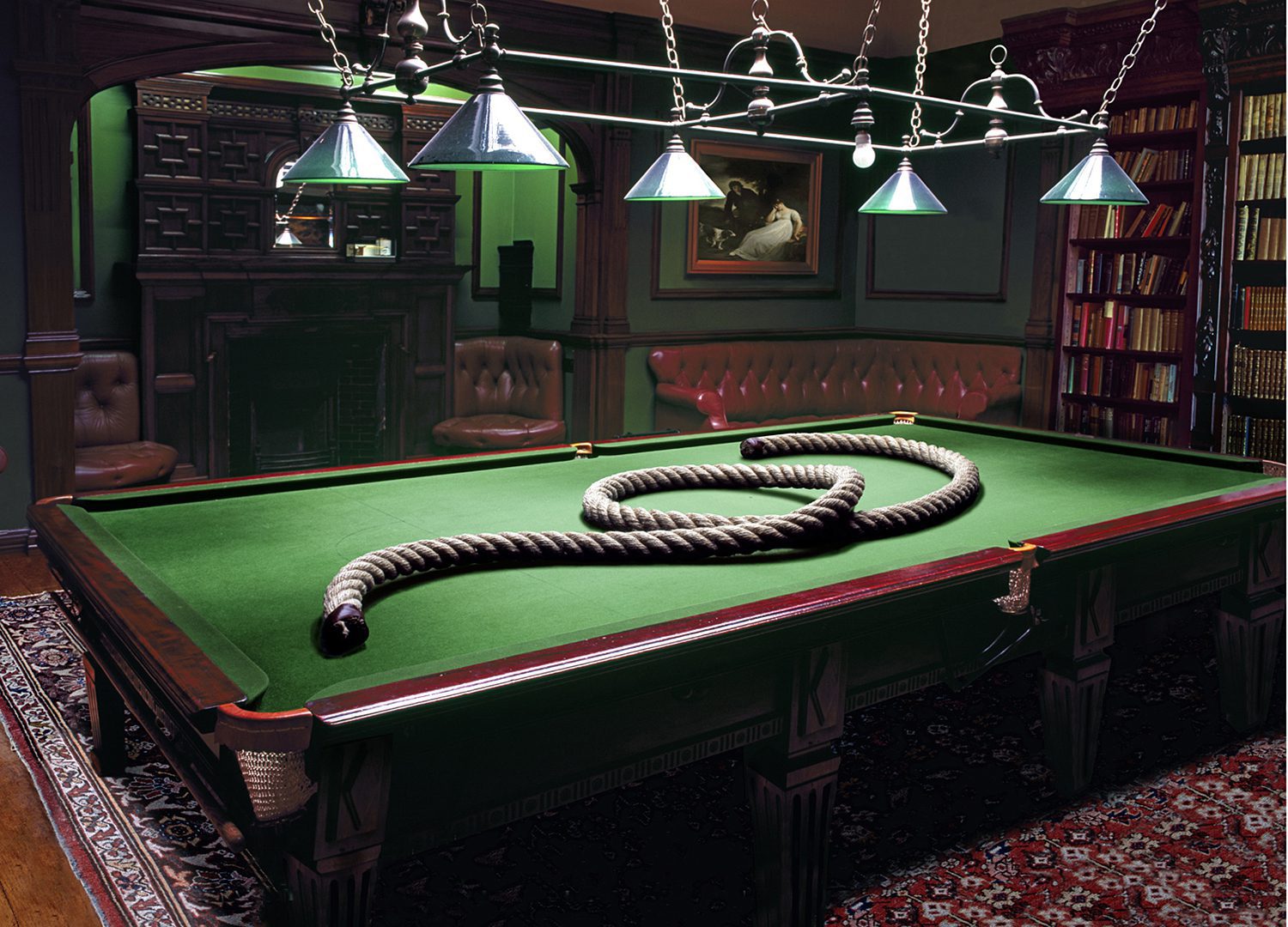 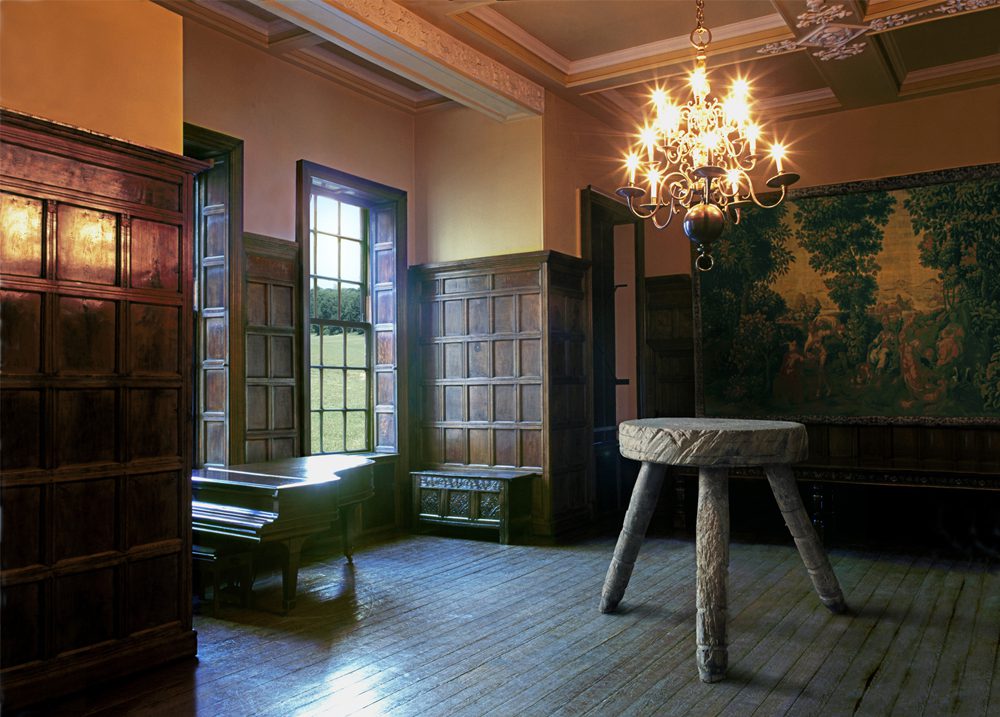 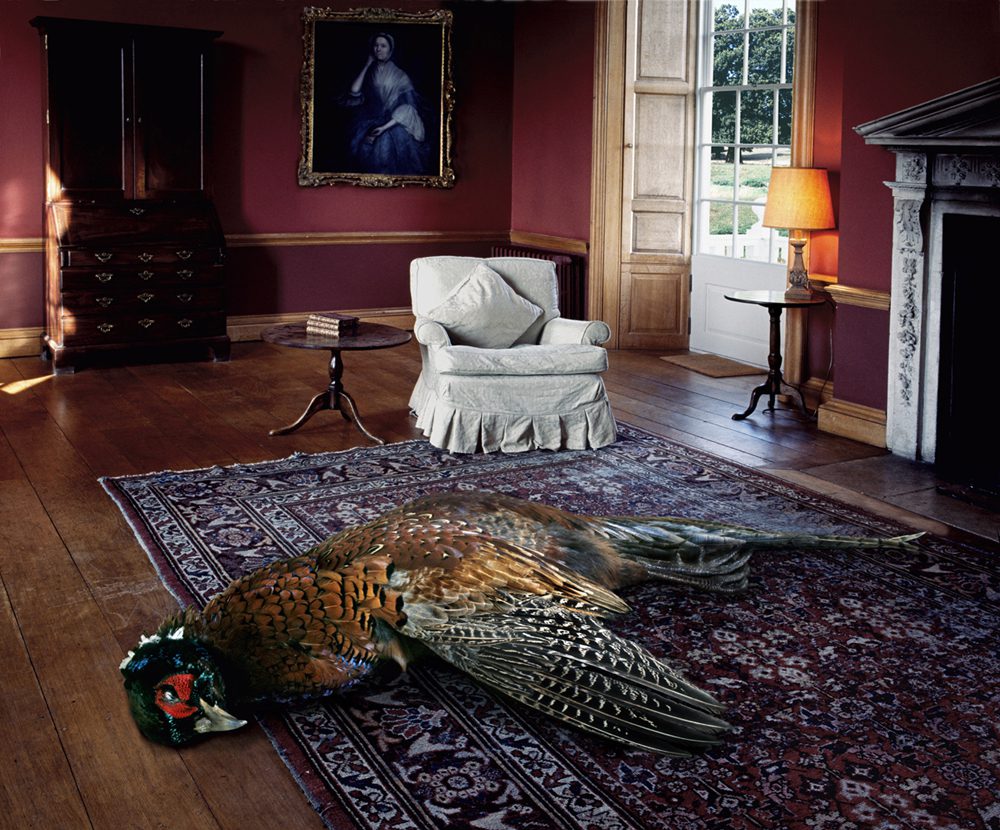 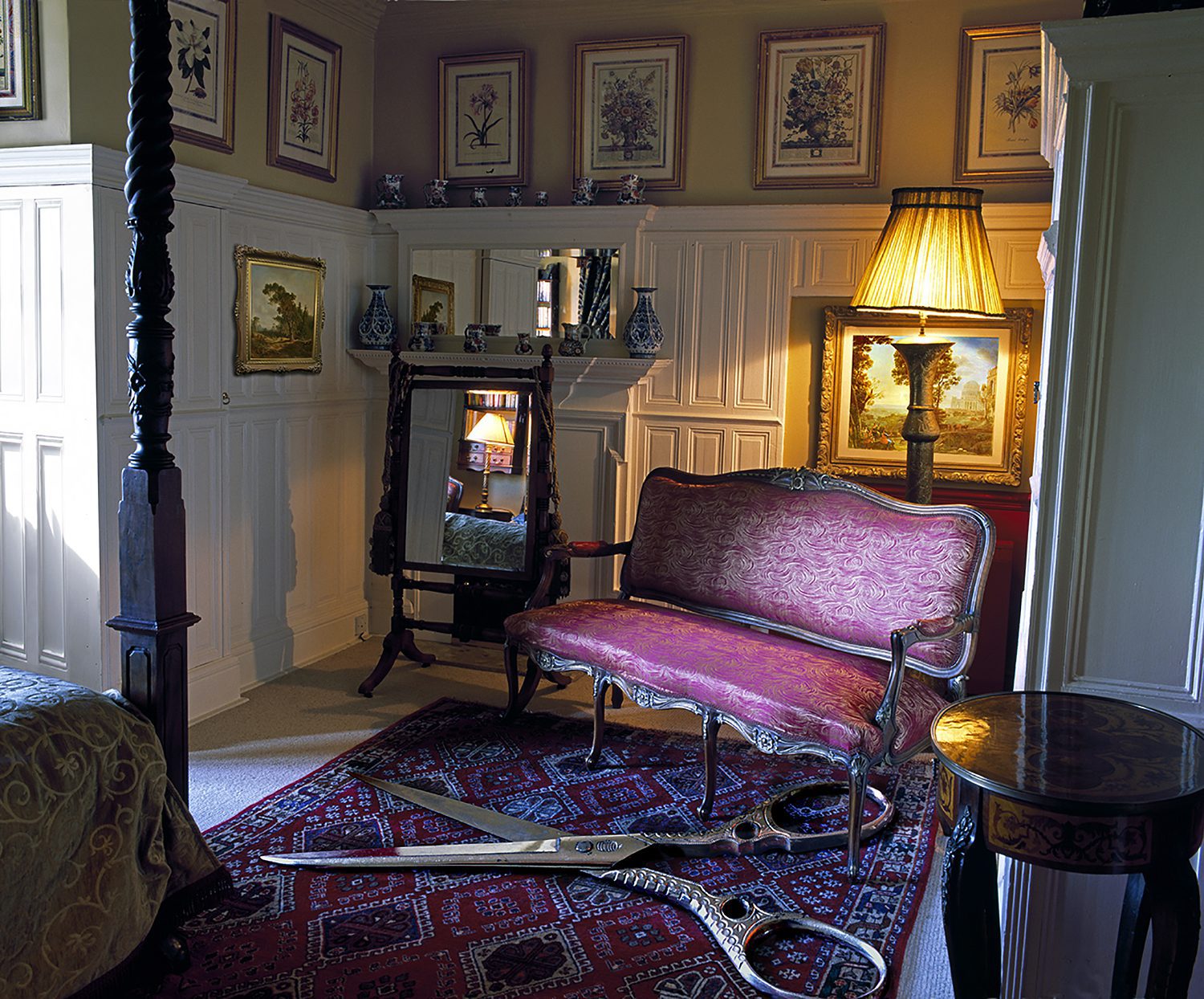 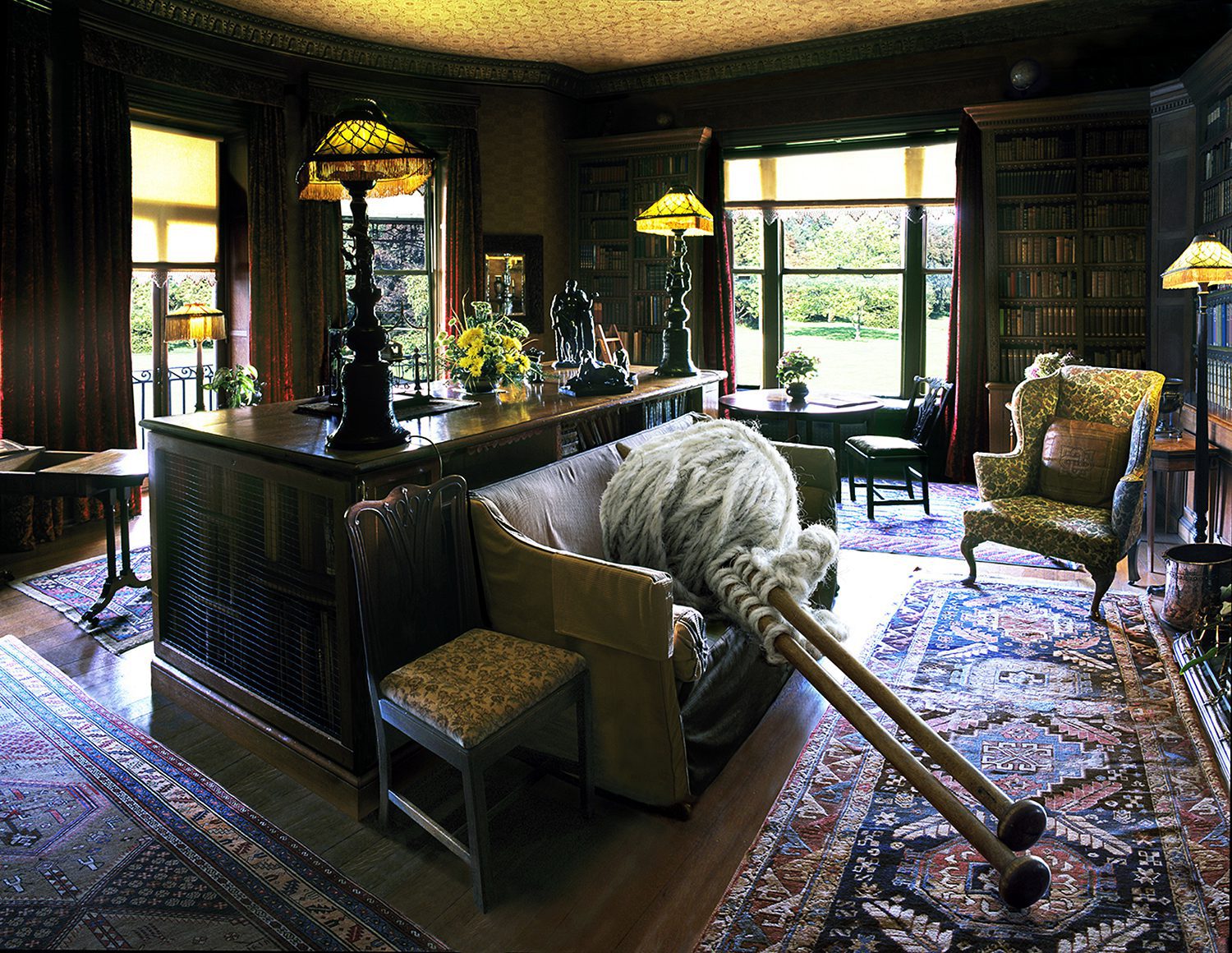 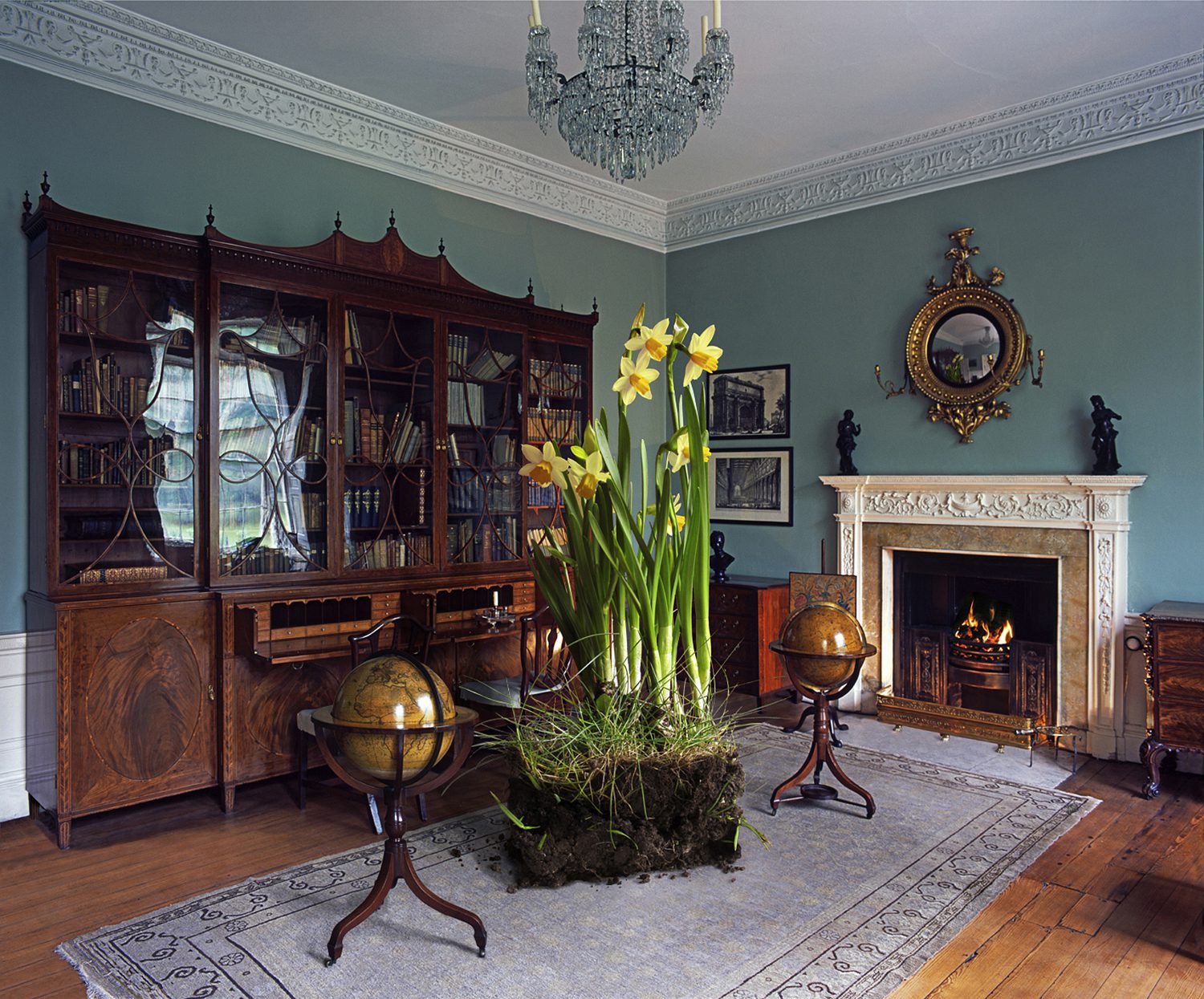