Living and working in Hastings since 2015, Emily originally trained as a sculptor at the Kent Institute of Design in Canterbury, before transitioning to work with photography during her MA at the Royal College of Art (1997-99). Allchurch uses photography and digital collage to reconstruct Old Master paintings and prints to create contemporary narratives. Her starting point is an intensive encounter with a city or place, to absorb an impression and gather a huge image library. From this resource, hundreds of photographs are selected and meticulously spliced together to create a seamless new ‘fictional’ space. Each artwork re-presents this journey, compressed into a single scene. The resulting photographic collages have a resonance with place, history and culture, and deal with the passage of time and the changes to a landscape, fusing contemporary life with a sense of history. Peppered with topical markers spotted in the environment: signage, advertising, graffiti, CCTV surveillance, detritus etc, they form a snapshot of our times.

For example, her series Tokyo Story (2011) recreates a number of Japanese woodblock prints from Utagawa Hiroshige’s ‘One Hundred Famous Views of Edo’ (1856-58); transposing his distinctive techniques of abstraction, vivid colouring and composition into photography, using her own photographs of Tokyo to reveal a contemporary social narrative for the city today.

Closer to Home (2021) is Allchurch’s response to being largely restricted to her Hastings home during the Coronavirus pandemic. Consisting of twelve digitally collaged photographic landscapes of East Sussex; representing each month of the calendar year, the series is not only a celebration of the natural world, but also a reminder of its precarious fragility. The works explore themes of landscape management and control, the threat from development, coastal erosion, invasive plant species and detritus, and how we interact with the landscape through tourism and recreation. In her trademark referencing to Old Master prints and paintings, as in Tokyo Story, she has once again adopted the portrait format and near/far composition techniques used by Hiroshige in his series ‘One Hundred Famous Views of Edo’. However, in a departure from recent work, the compositions are her own, with the resulting images forming a tender portrait of the East Sussex landscape she has grown to know since moving here.

Whilst some scenes capture more obviously aesthetic vistas, like the South Downs, others find beauty in the everyday, such as blossom flowering on an urban estate, and the unfurling of new weeds in spring. Allchurch follows a rich tradition of artists drawn to the beauty of the Sussex coast. A couple of the works reference specific paintings, such as her composition for May – Fairlight, which captures the same view of Fairlight immortalised in William Holman Hunt’s painting, ‘Our English Coasts (‘Strayed Sheep’)’ (1852), in the Tate Collection, and that for August – Beachy Head, which echoes the scene Eric Ravilious painted some 80 years ago.

Also on show in the exhibition at Lucy Bell Gallery will be a selection of works from her Tokyo Story series, which formed a clear inspiration for Closer to Home.

Emily Allchurch’s works are held in public and private collections worldwide, with a complete set of her Tokyo Story series in the permanent collection of the Minneapolis Institute of Arts, with a further set in the collection of Fidelty in Tokyo. In 2020, the Museum of London acquired Babel London (after Breugel) for permanent display at its new site in West Smithfield. In 2018 she was a Finalist in the Columbia Threadneedle Prize with her Babel Britain (after Verhaecht) lightbox, which also won the Visitor’s Choice Award. 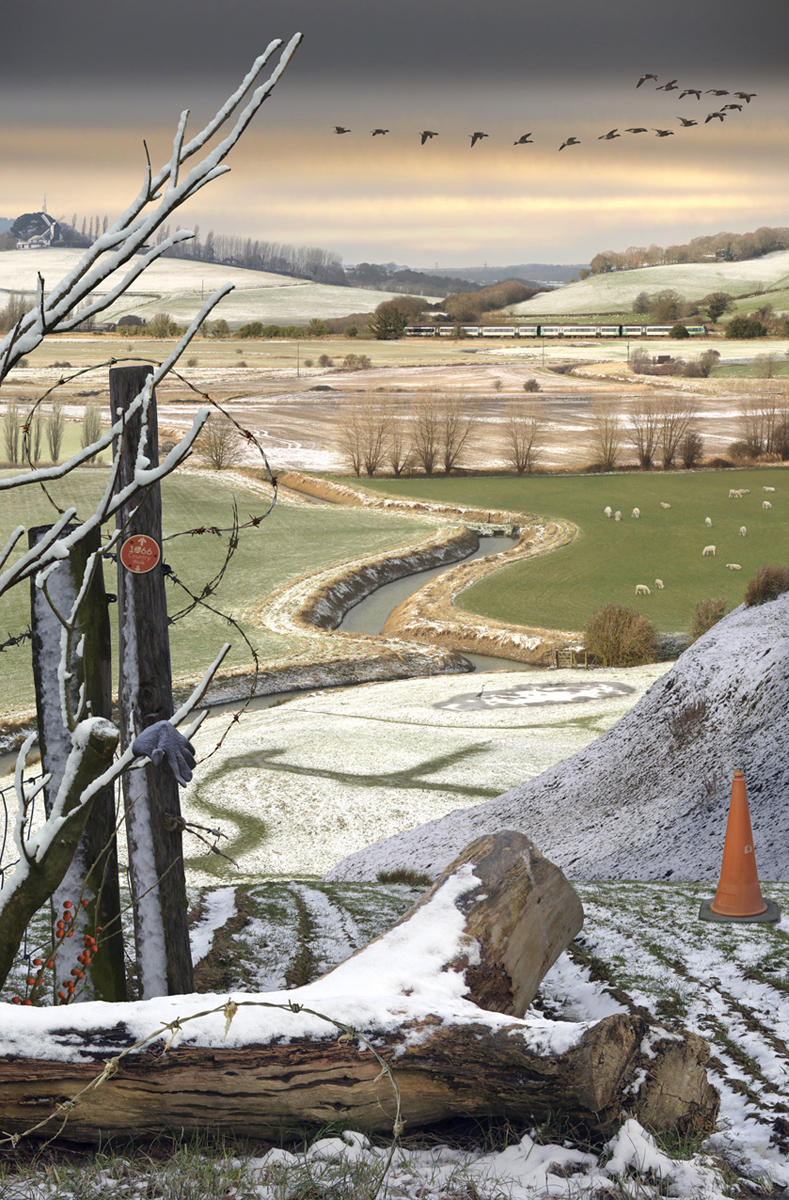 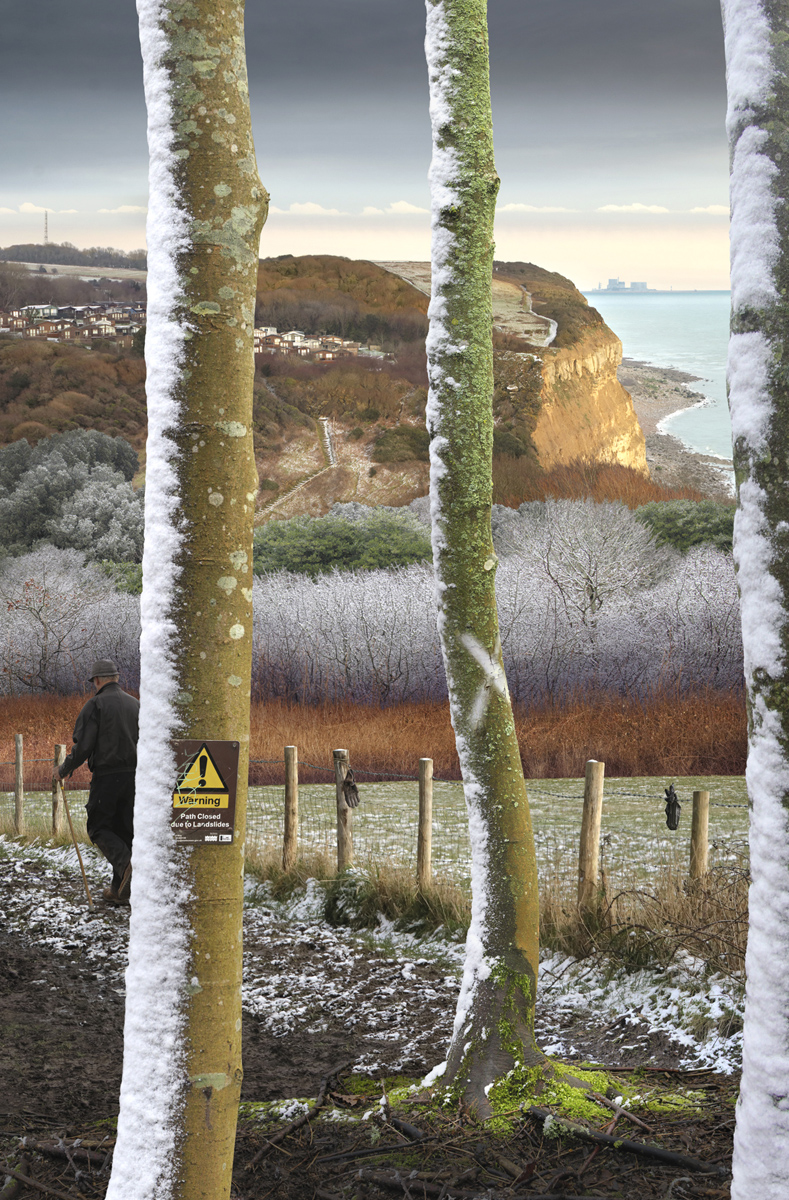 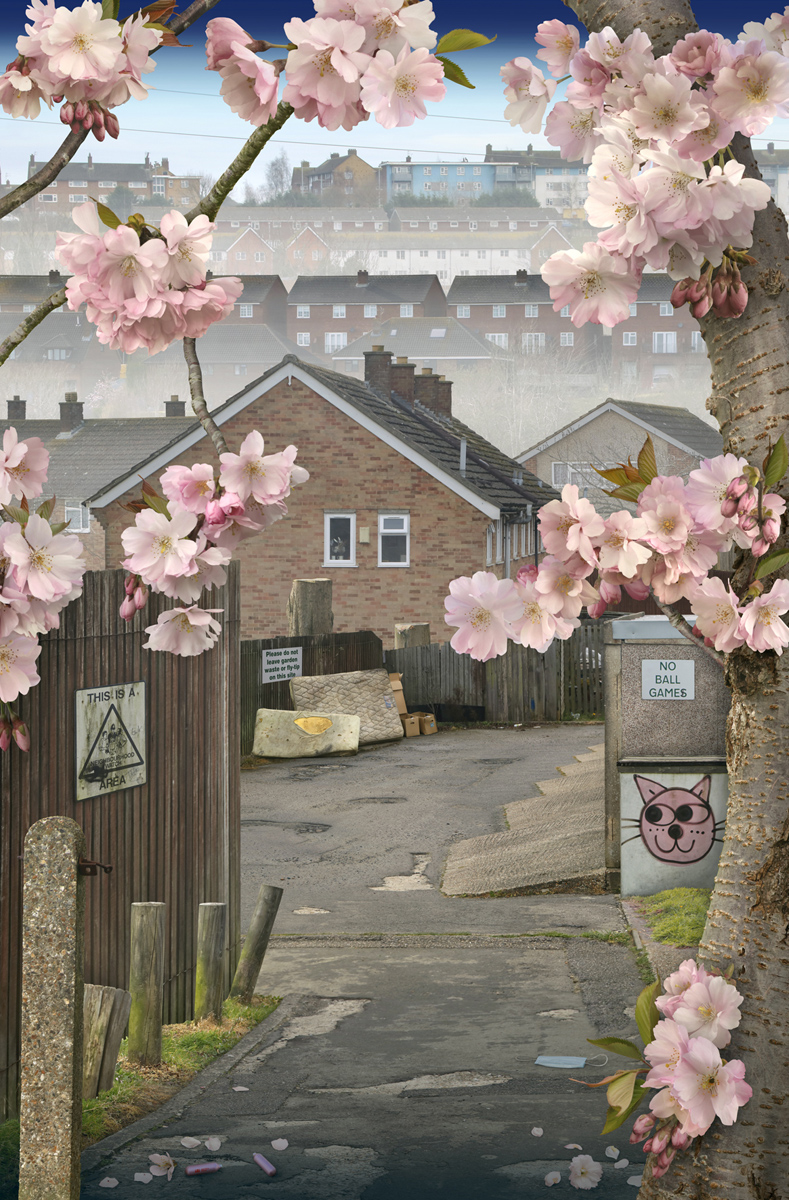 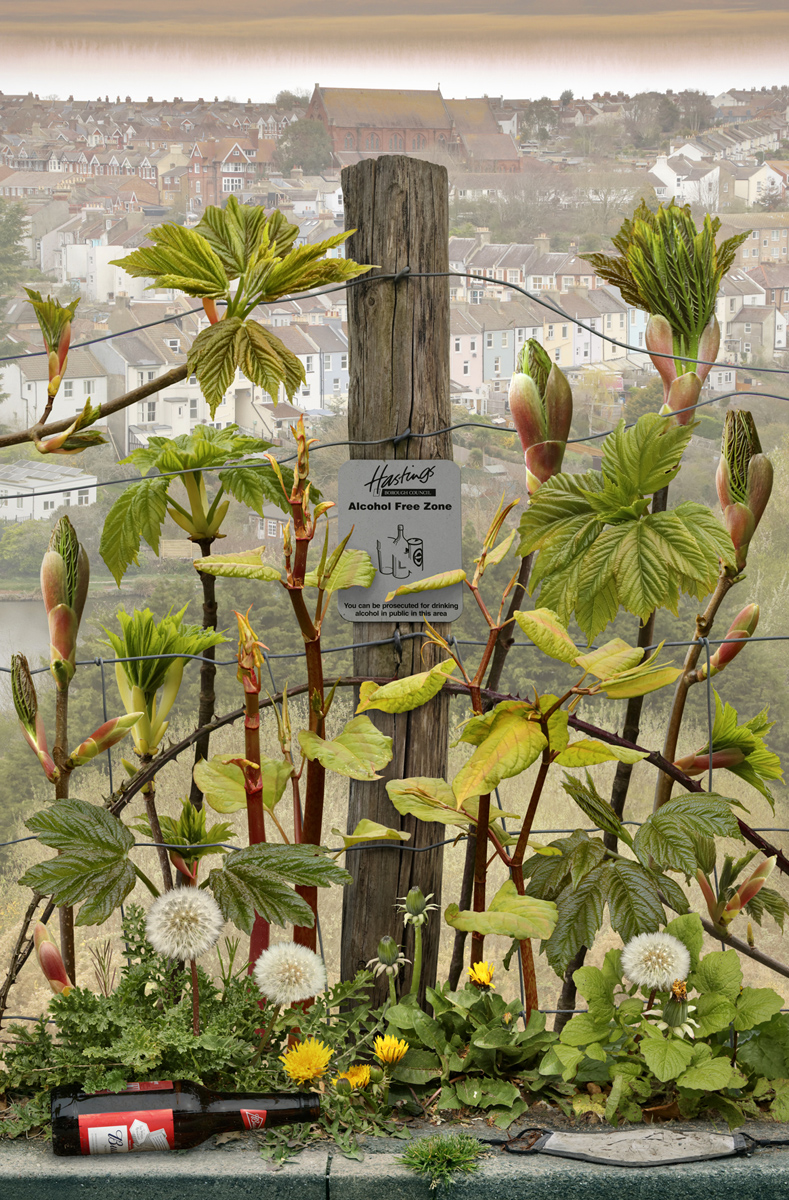 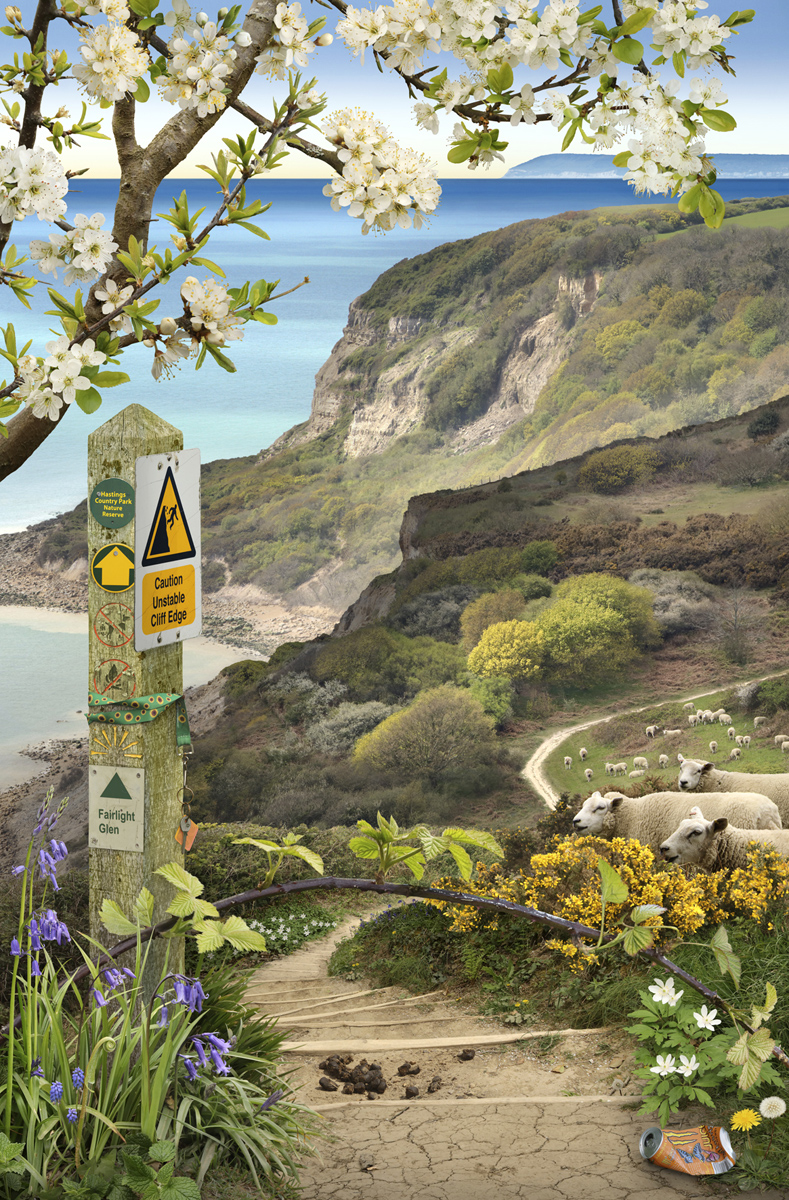 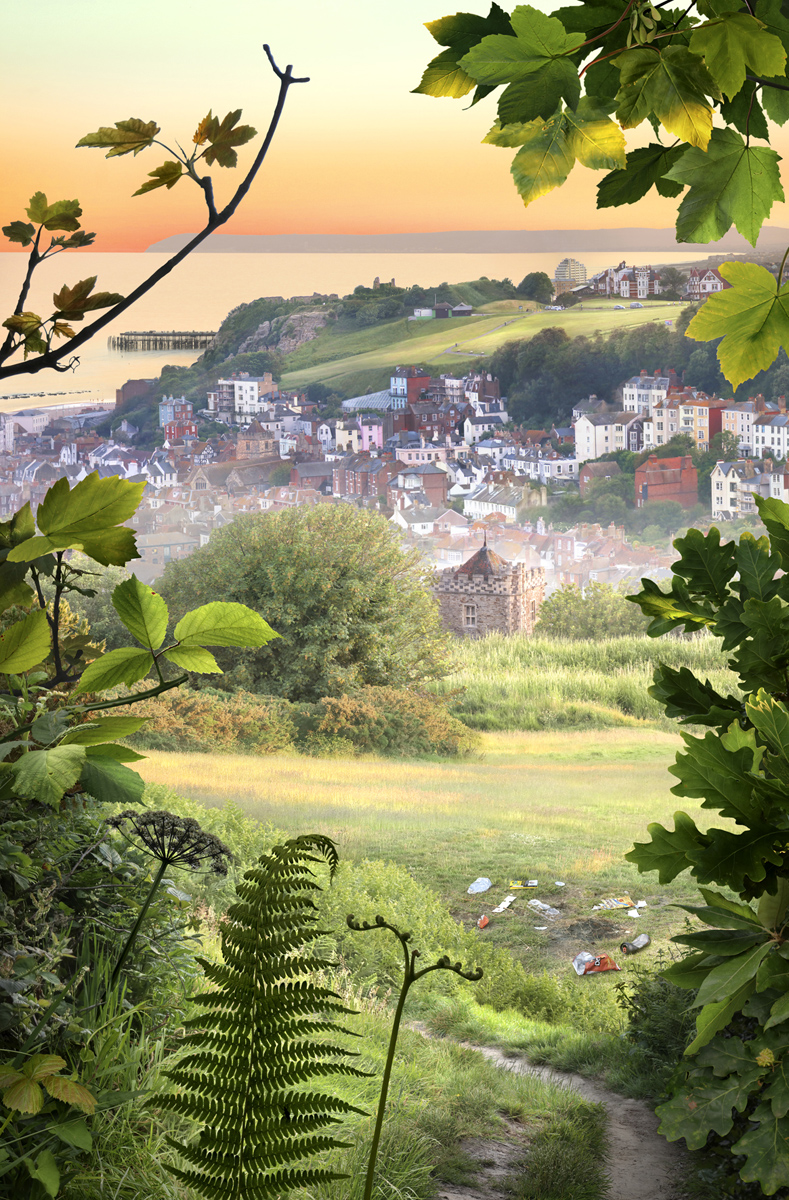 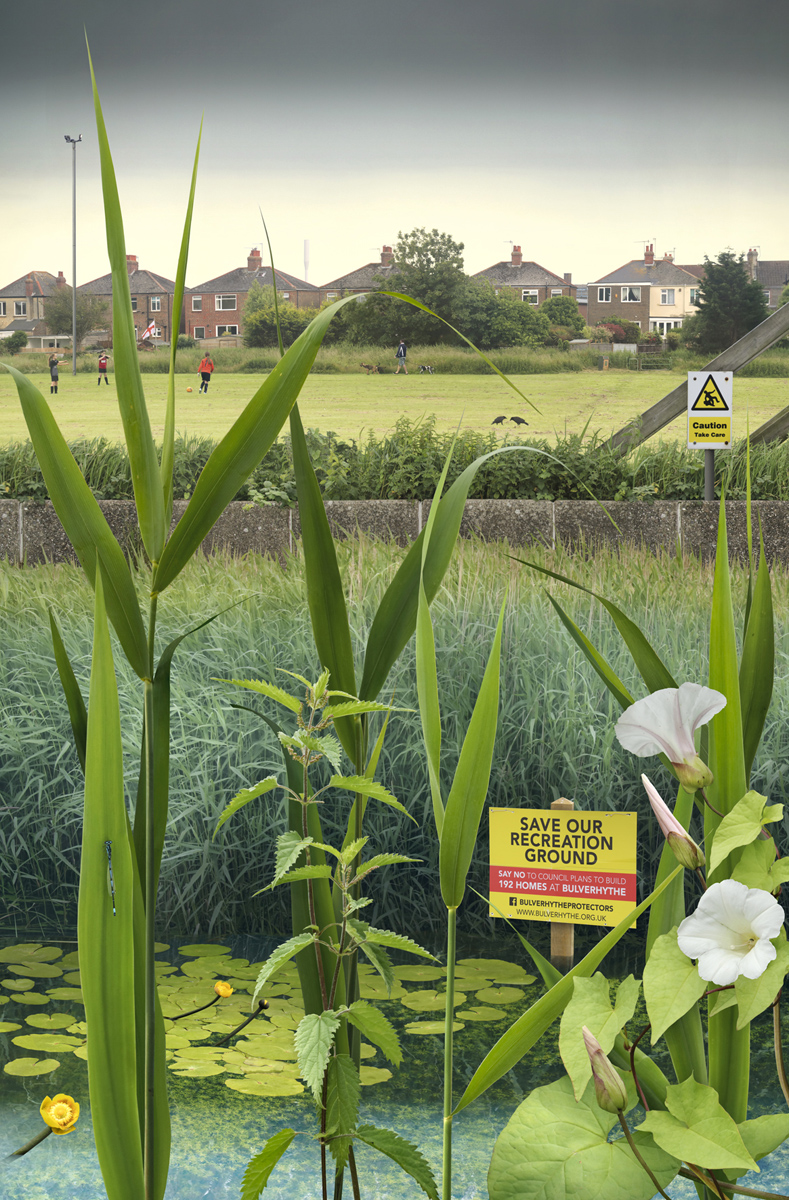 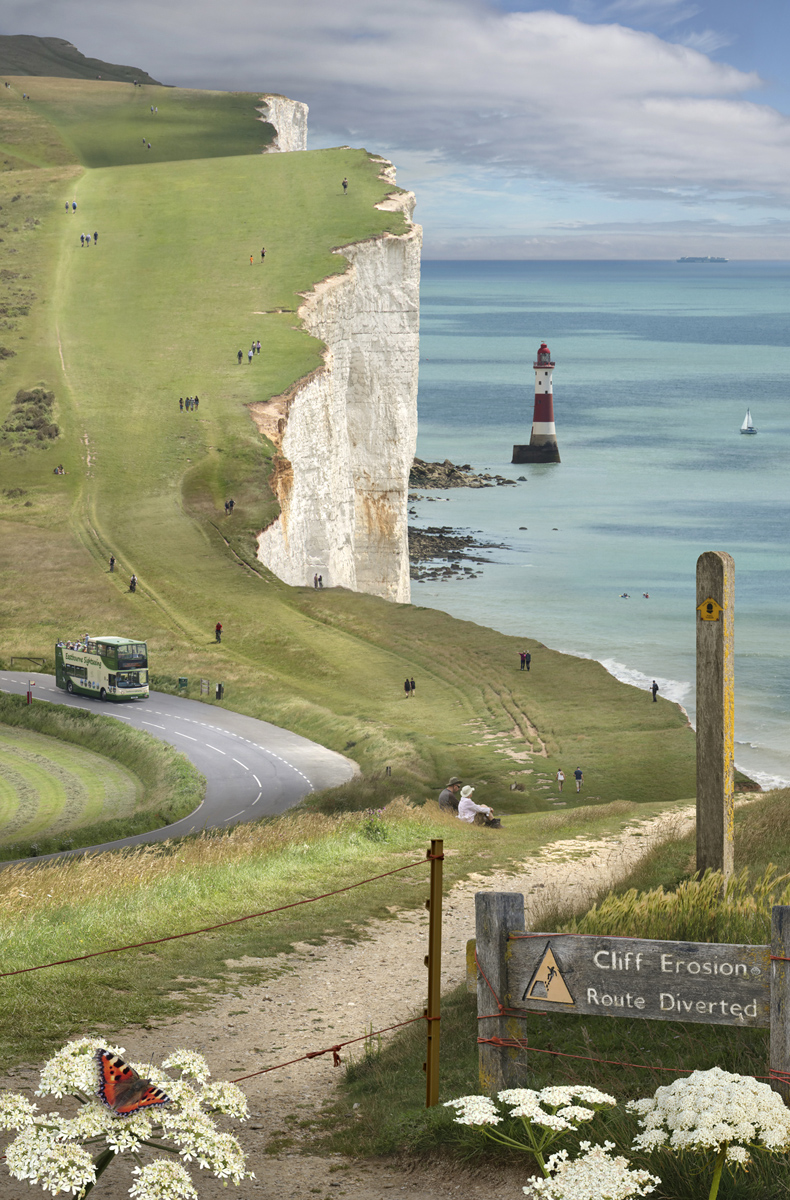 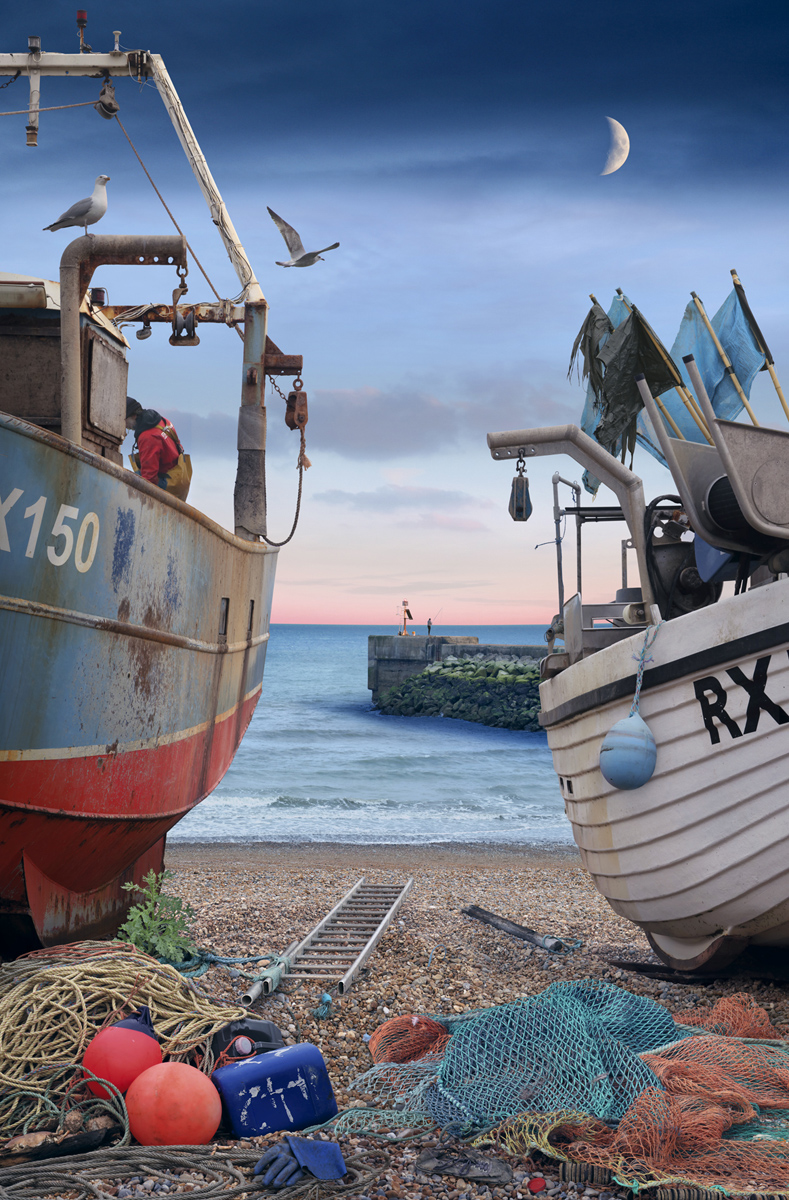 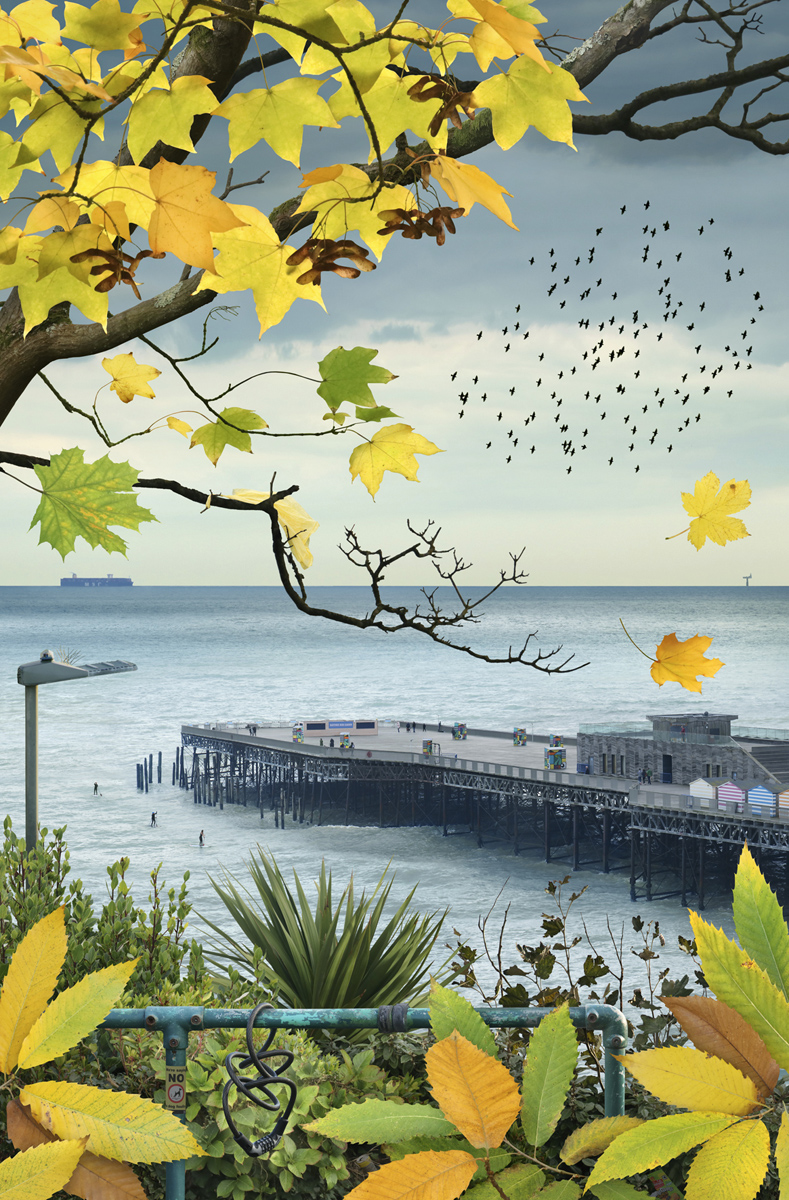 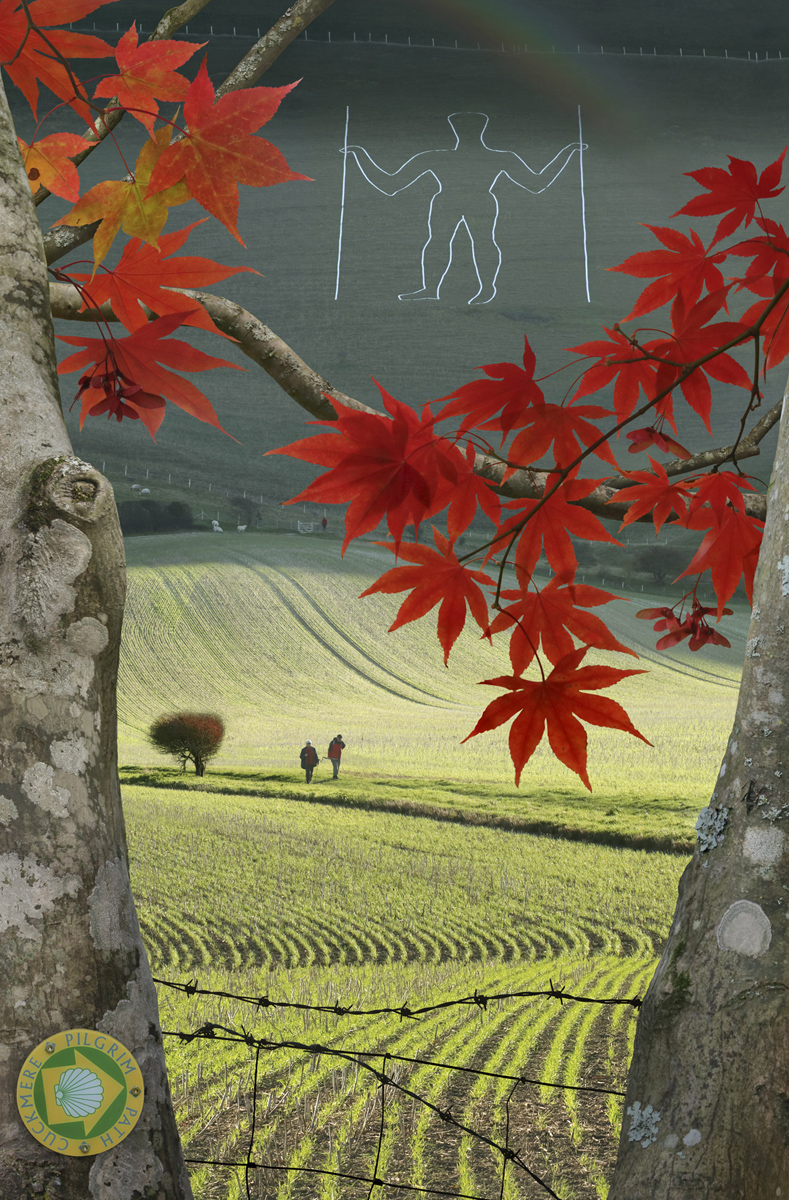 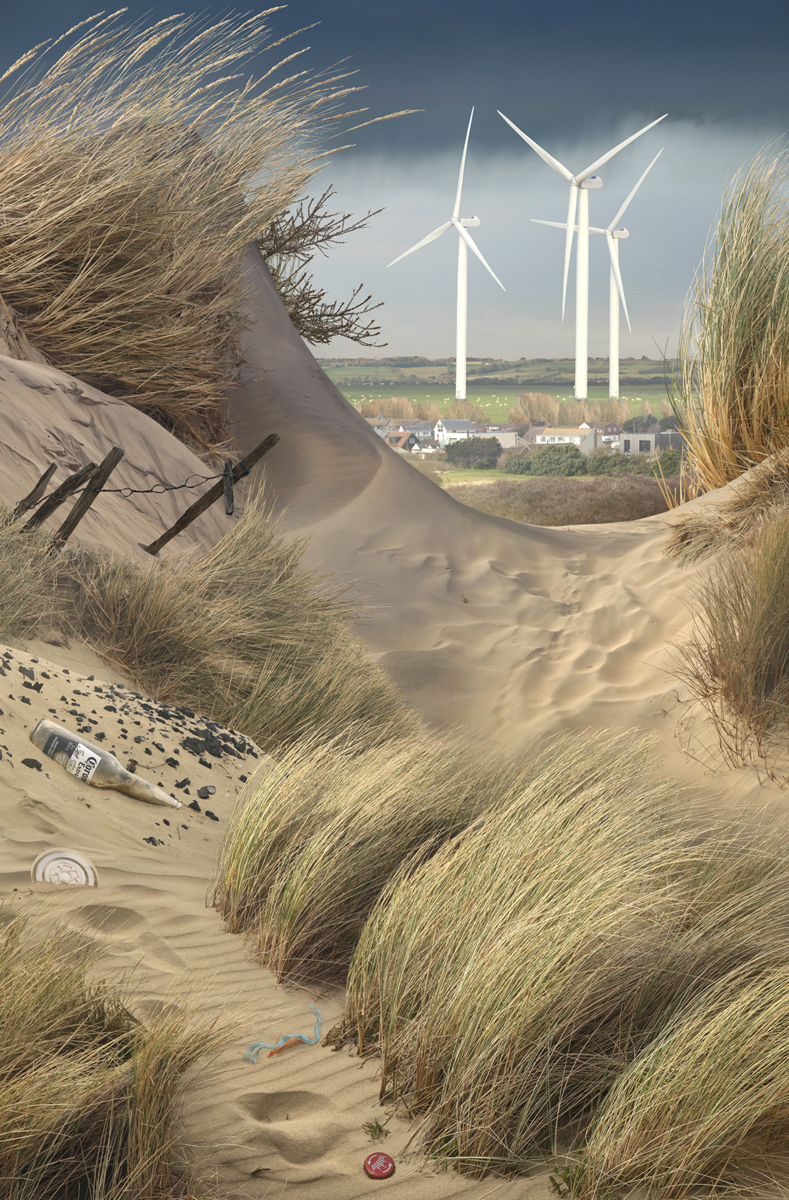