Graham Keen, was involved with the revolutionary counter culture newspaper “International Times”(IT),which was published for the first time in 1966. Photographer Keen, who lived in Battle, East Sussex, obtained access to the leading 1960s pop programmes, such as Top Of The Pops, Ready Steady Go! and A Whole Scene Going, (debuted January 1966).

Keen’s pop subjects included Rolling Stones, The Kinks, The Who, The Move and Pink Floyd. He was also present at many of the key cultural and artistic happenings documenting these to create what has become a fascinating record of the times.

Significantly Keen, was involved with the revolutionary counter culture newspaper “International Times”(IT),which was published for the first time in 1966.

He contributed photographs and was later to be art director for issues 29-70. When the magazine was raided by police, Keen and three other directors were sent for trial, and found guilty of Conspiracy to Corrupt Public Morals.

Keen went on to found “Cyclops Magazine”. One series of photographs that Keen took were the documentation of the first London exhibition of the experimental artist Yoko Ono, who showed at Indica Gallery in November 1966. Keen’s rare photographs of Ono’s Ceiling work as well as her Film No. 4, (aka Bottoms), made with her husband at the time, Anthony Cox, are unique records of her early works.

The exhibition was sponsored by the art dealer Robert (Groovy Bob) Fraser and visited by John Lennon, who fell in love with Yoko Ono, leading to their subsequent marriageIn May of 1966, Keen was one of two photographers to capture Muhammad Ali meeting Michael X, then British Black Power leader, in London, together with Herbert Muhammad on their visit to the site of the Central London Mosque in Regents Park.

These photographs which will be seen for the first time, were discovered recently during research into Keen’s archive, and are an extraordinary record of one of Muhammad Ali’s rare visits to London.Working for Peace News for most of 1960s, Keen covered the CND and CCND marches and Anti-Vietnam War protests.

He also went to Cambodia with Peace News group aiming to visit North Vietnam in a gesture of solidarity. Another set of unseen images captured by Keen shows leaders of a CND march in May 1965, that included Marc Bolan (then under the name of Mark Field) together with Joan Baez, Donovan, Tom Paxton and Vanessa Redgrave. Other pop protesters pictured in Trafalgar Square included Julie Felix, Paul Jones and Diana Rigg.

This exhibition “Graham Keen: 1966 and All That” coincides with major show “You Say You Want A Revolution? Records and Rebels – 1966-1970” at The Victoria and Albert Museum running from 10th September-26th February. Jon Savage’s critically acclaimed book “1966 – The Year The Decade Exploded!” as well as the “Root 1066 International Festival” which runs in Hastings and Rother throughout September and October, marking the 950th anniversary of the Battle of Hastings.Curated by Lucy Bell and Terence Pepper 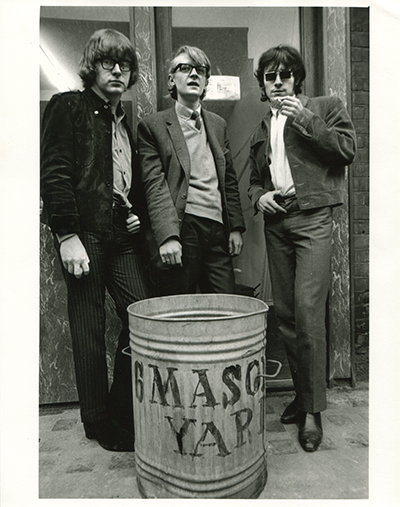 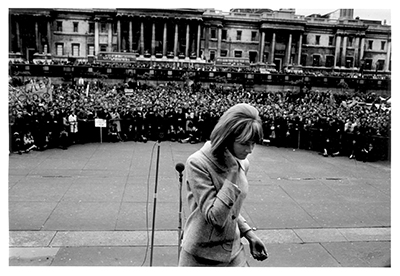 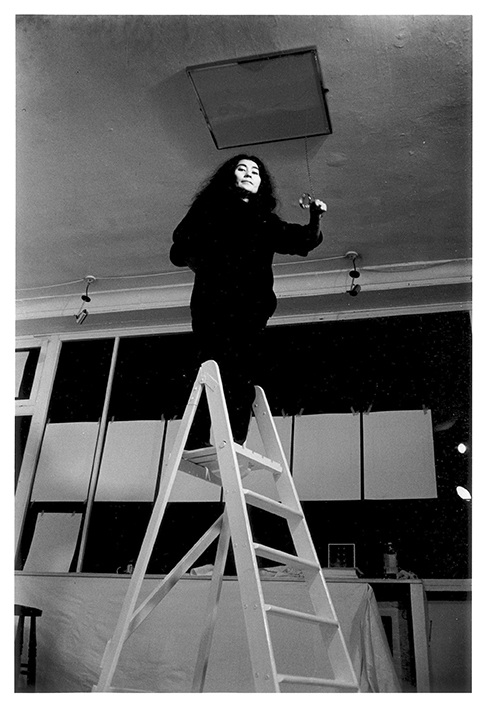 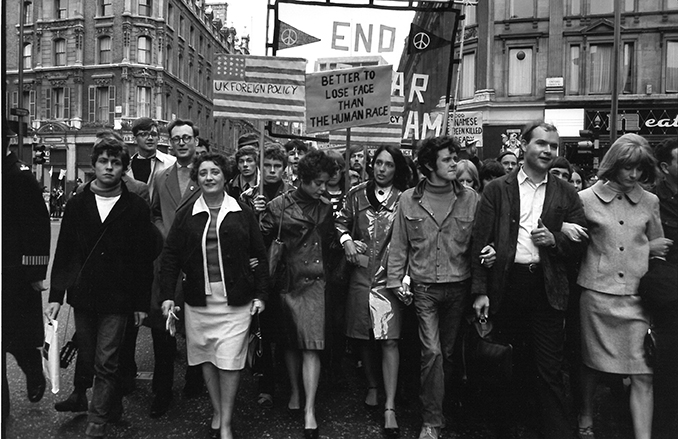 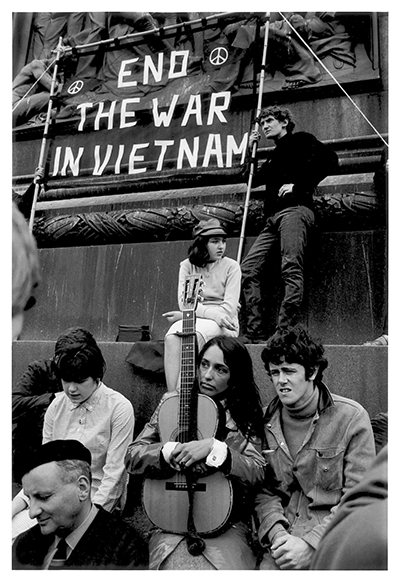 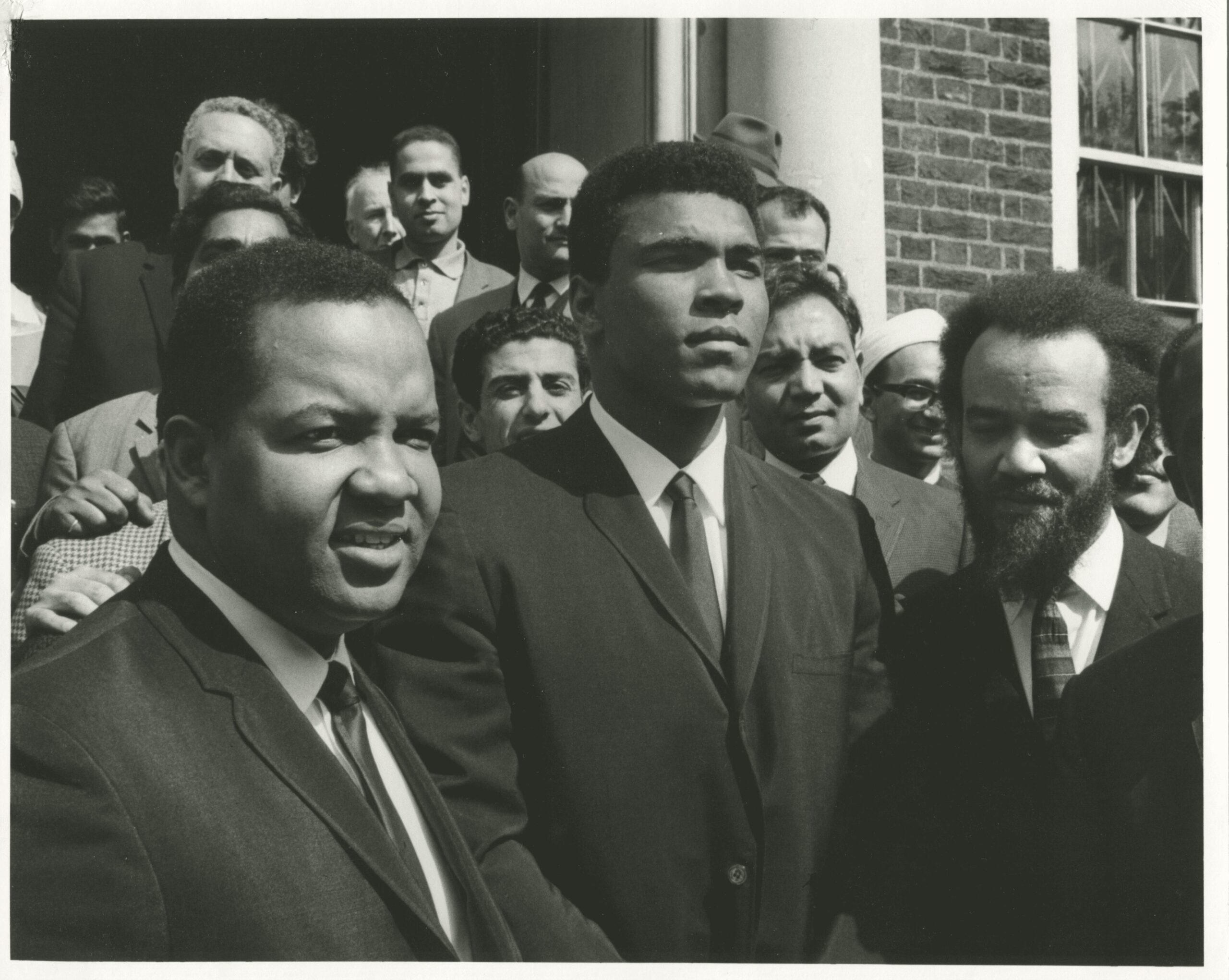 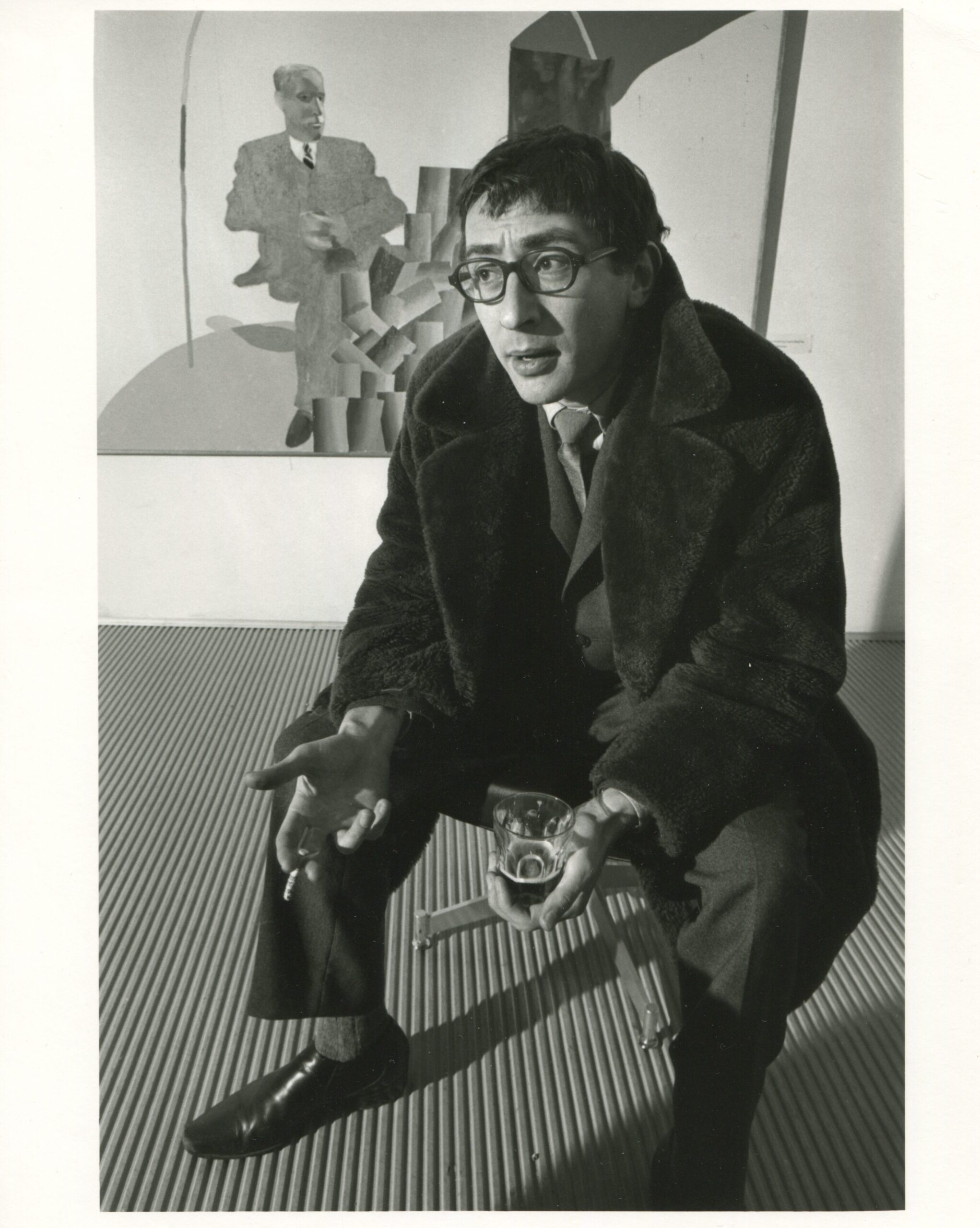 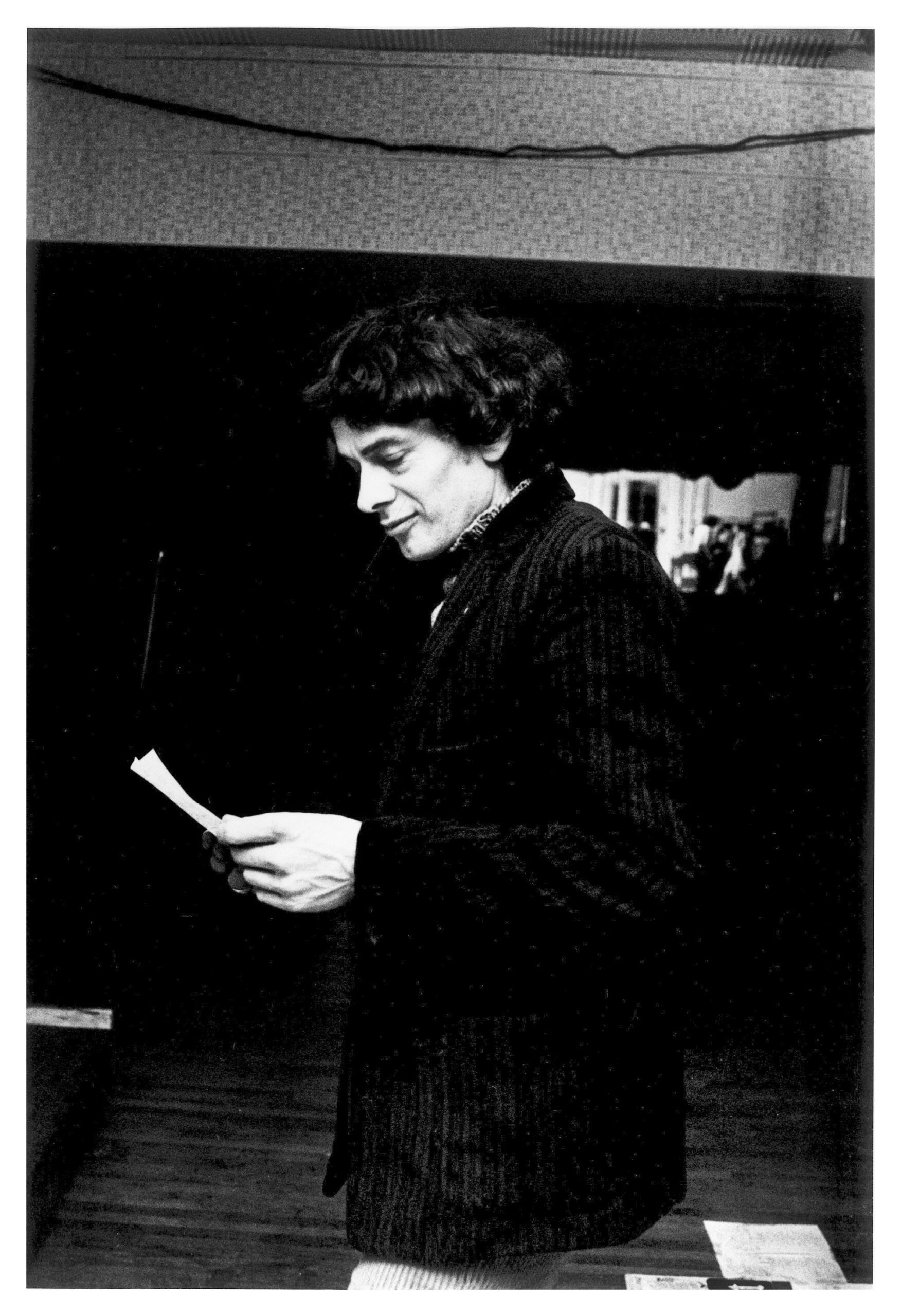 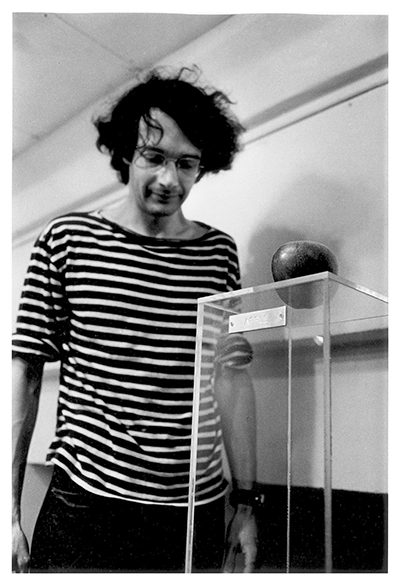 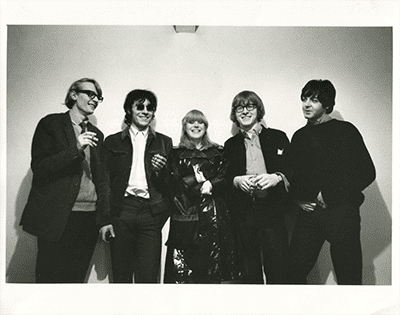 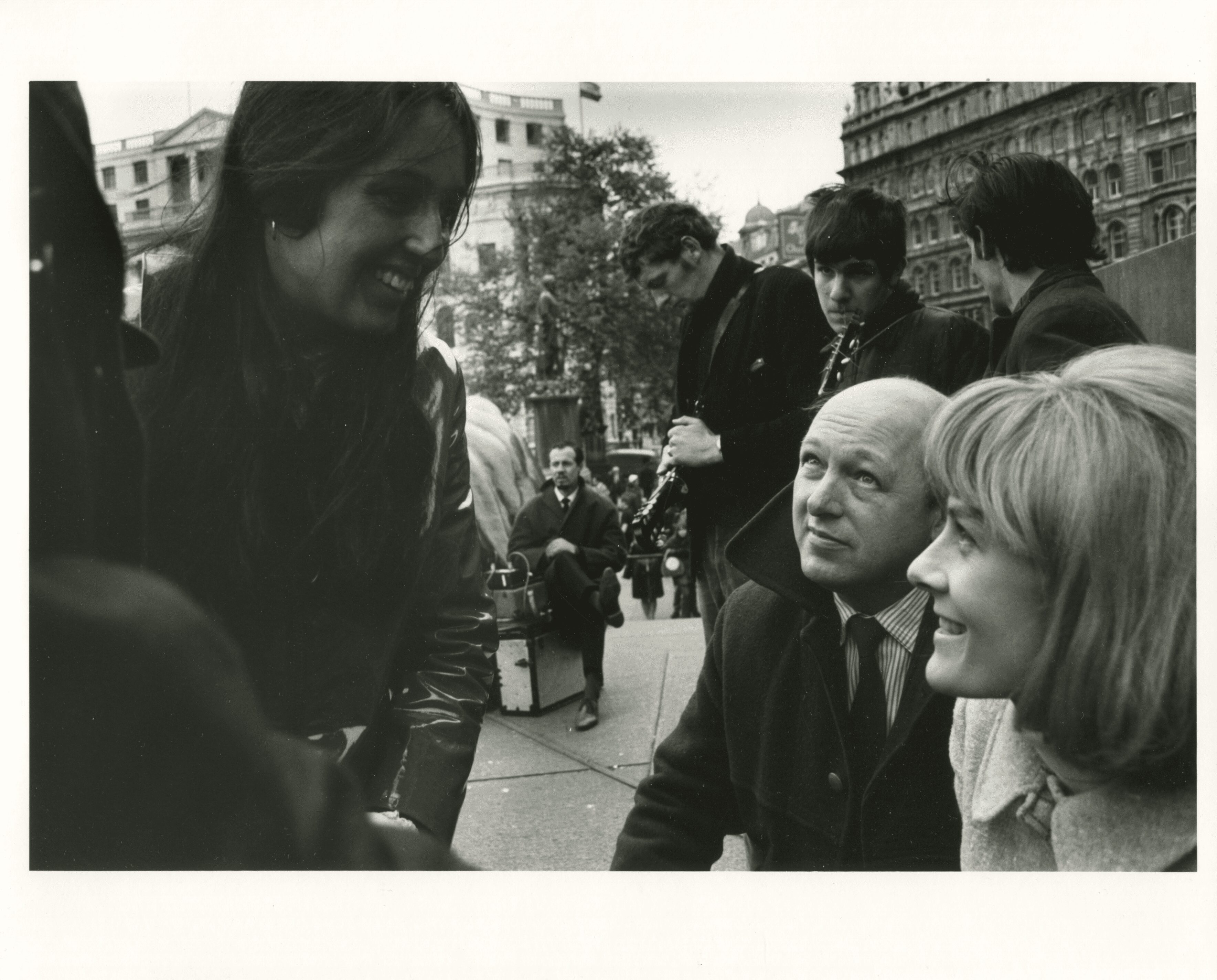 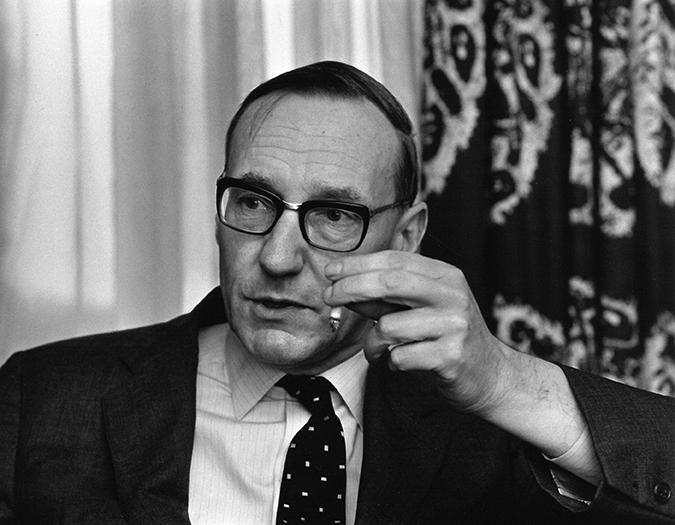 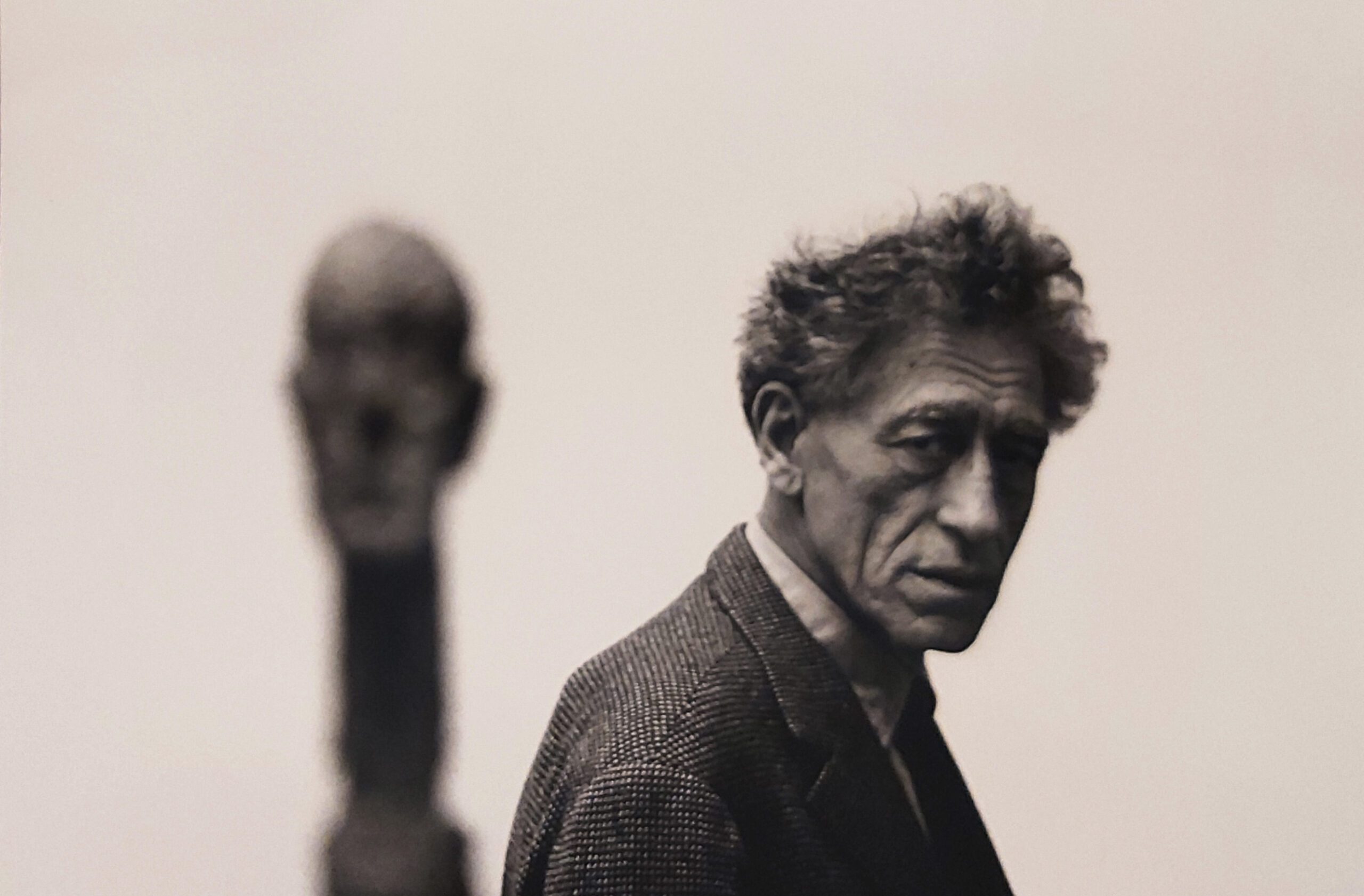 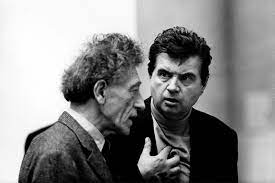 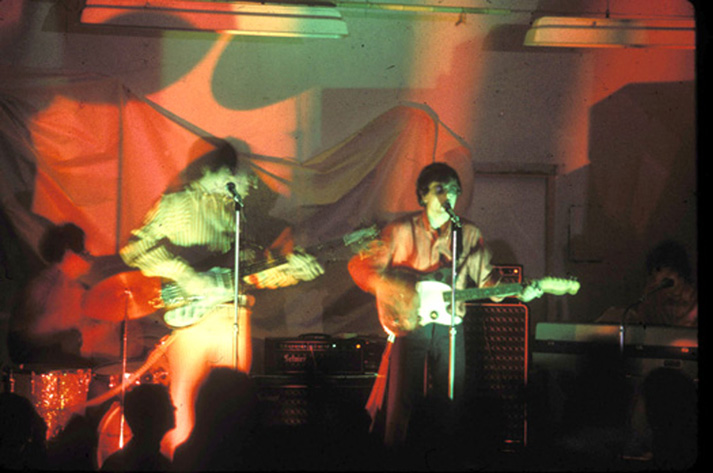 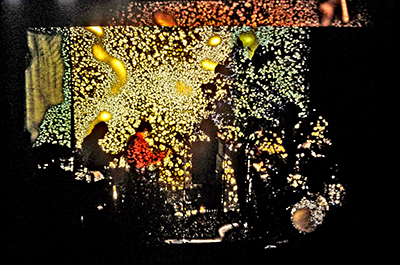