Homer Sykes/ Once A Year

British Folklore Customs and Traditions by Homer Sykes. – Homer Sykes (b.1949)  is a celebrated British documentary photographer whose work has been widely exhibited including at The Tate, The Arnolfini and The V&A. His career includes long term personal projects, many based on the customs and traditions of the British. Homer’s early interest in photography started at school and in 1967 he went to  study at The London College of Printing.

In the early 1970’s Homer started his research into documenting traditional British folklore customs and annual events, which has become the largest long-term project of his career. Homer’s unique survey on British customs is an iconic series which contrasts age old traditions with the modernity of  every day life.

“Rather than dealing in the perhaps easy absurdity of these events, Sykes’ images work to situate these customs within the everyday – the strange becomes everyday rather than the more travelled inversion of the everyday becoming strange. One striking example of this can be found in his images of The Burry Man. In this custom, carried out in South Queensferry, Lothian, a resident is dressed in a woollen suit which is then entirely covered in burrs, the effect is one of creating a hybrid of man and cactus, The Burry Man then walks the boundaries of the town, calling at all the pubs along the way. Sykes’ photographs serve to situate these events firmly with the register of the ordinary as he shows this creature seated on a bar stool,drinking his whisky through a straw, and walking down a cold, wet tarmac road with a little kid in wellies.” Rural Modernity, Everyday Life and Visual Culture, by Dr Rosemary Shirley. Published by Ashgate 2014.

“My pictures are about people, what they wear, how they look, how they interact with each other, against a background that sets the scene.”.

Once a Year, Some Traditional British Customs  was published in 1977 by Gordon Fraser.

In 2016 Dewi Lewis Publishing re-published this volume with over 50 ‘new’ images from Homer’s Archive signed copies, will be for sale at the gallery during the exhibition.

Homer Sykes is also the author of thirteen books about Britain 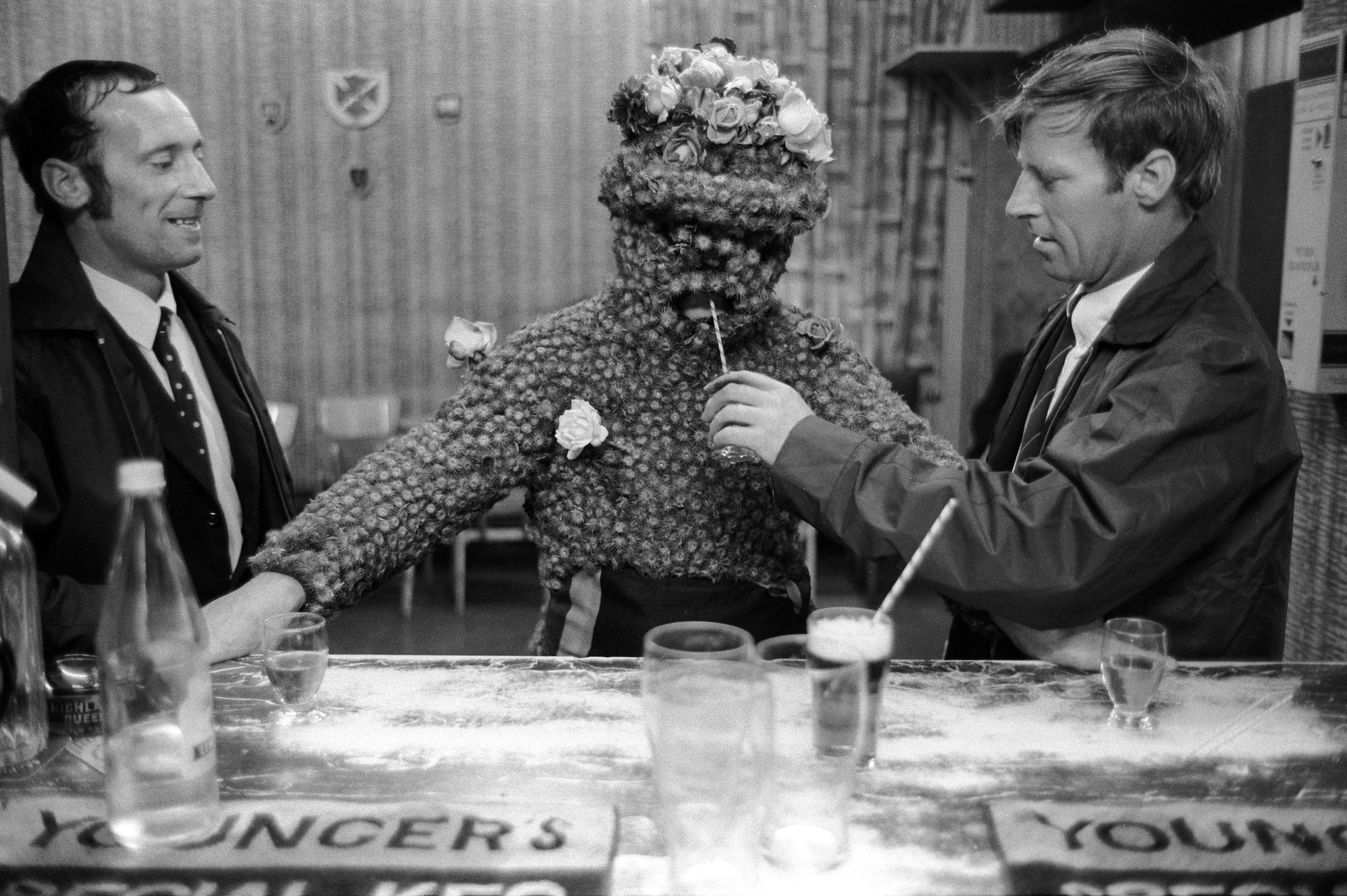 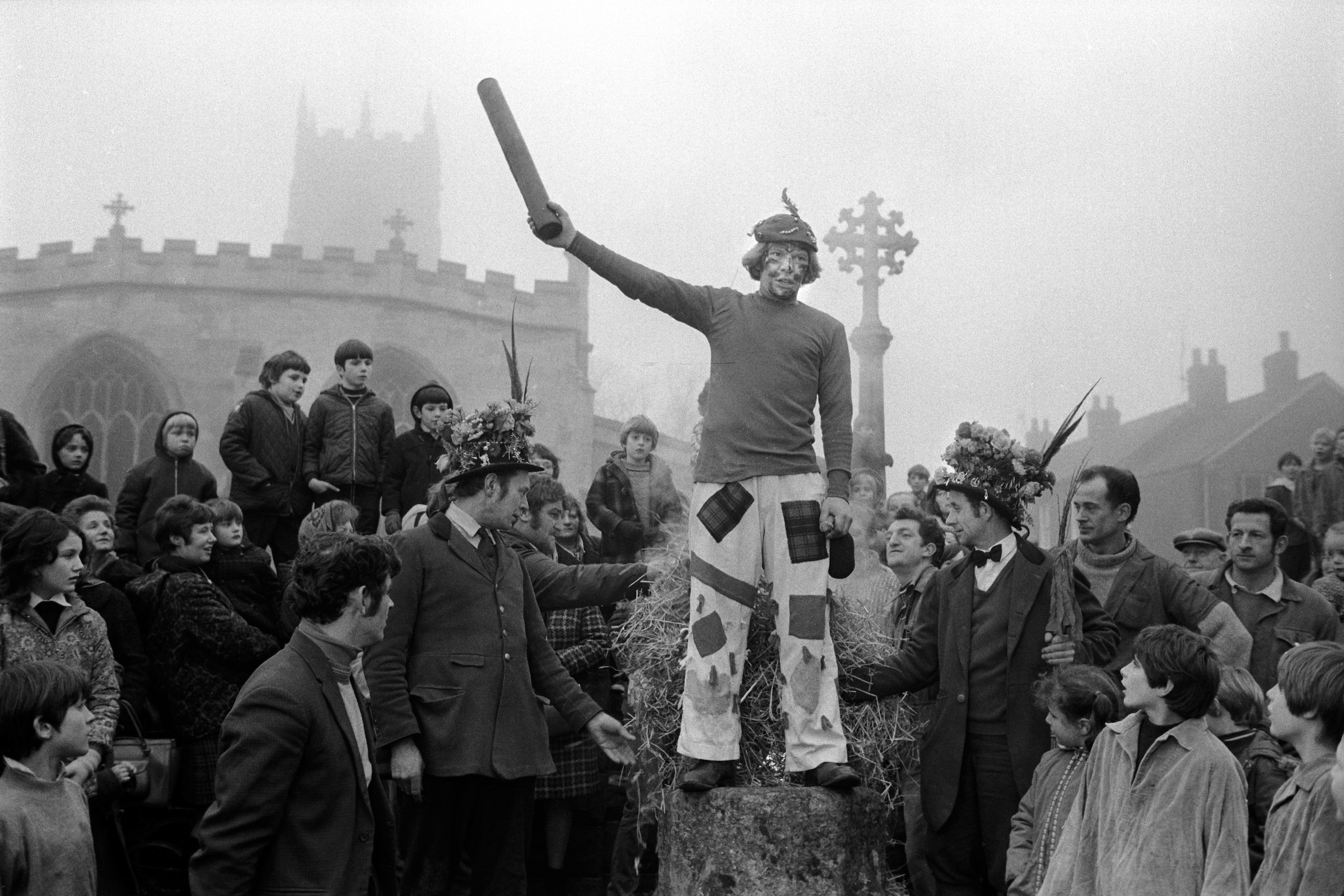 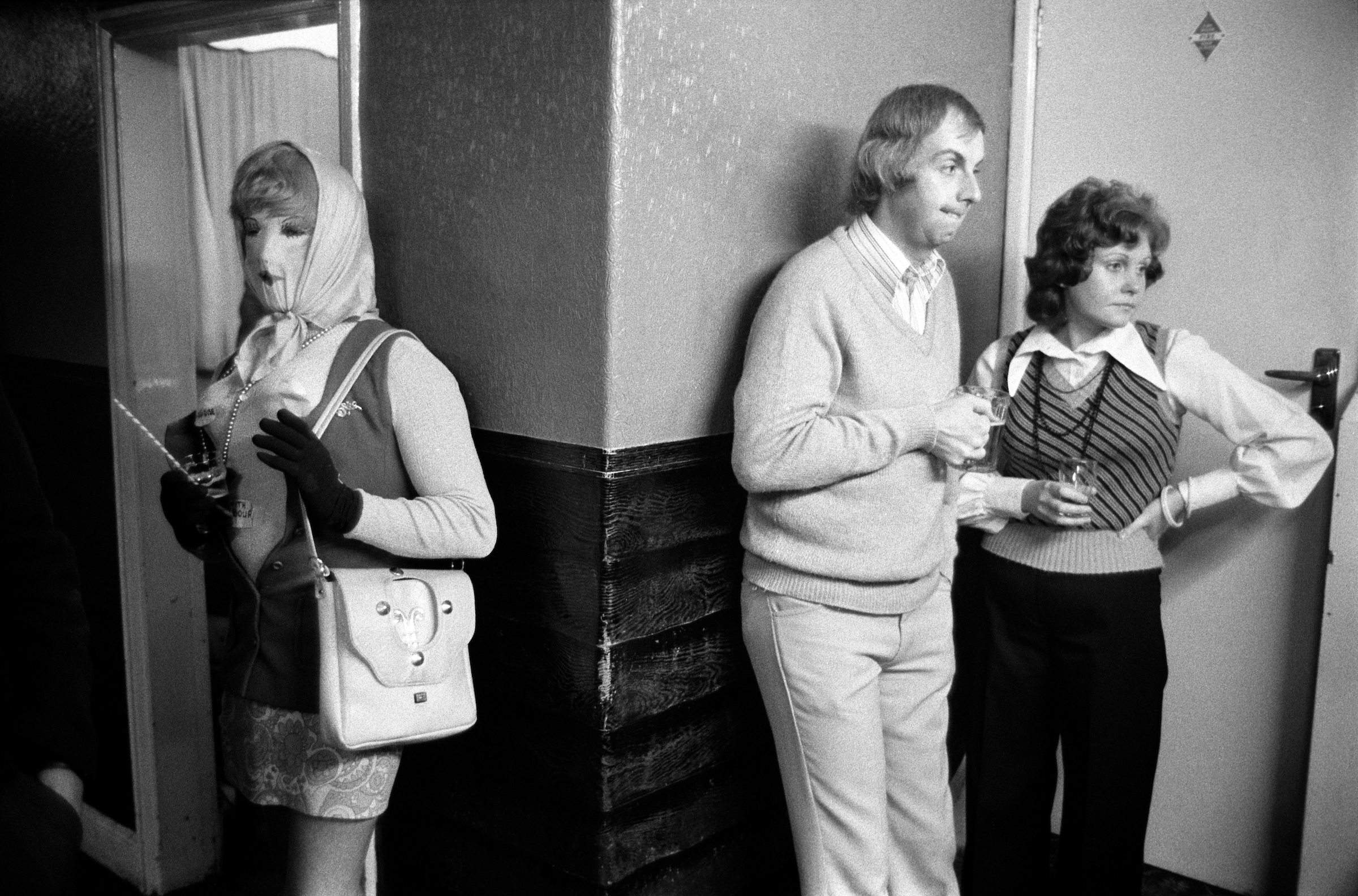 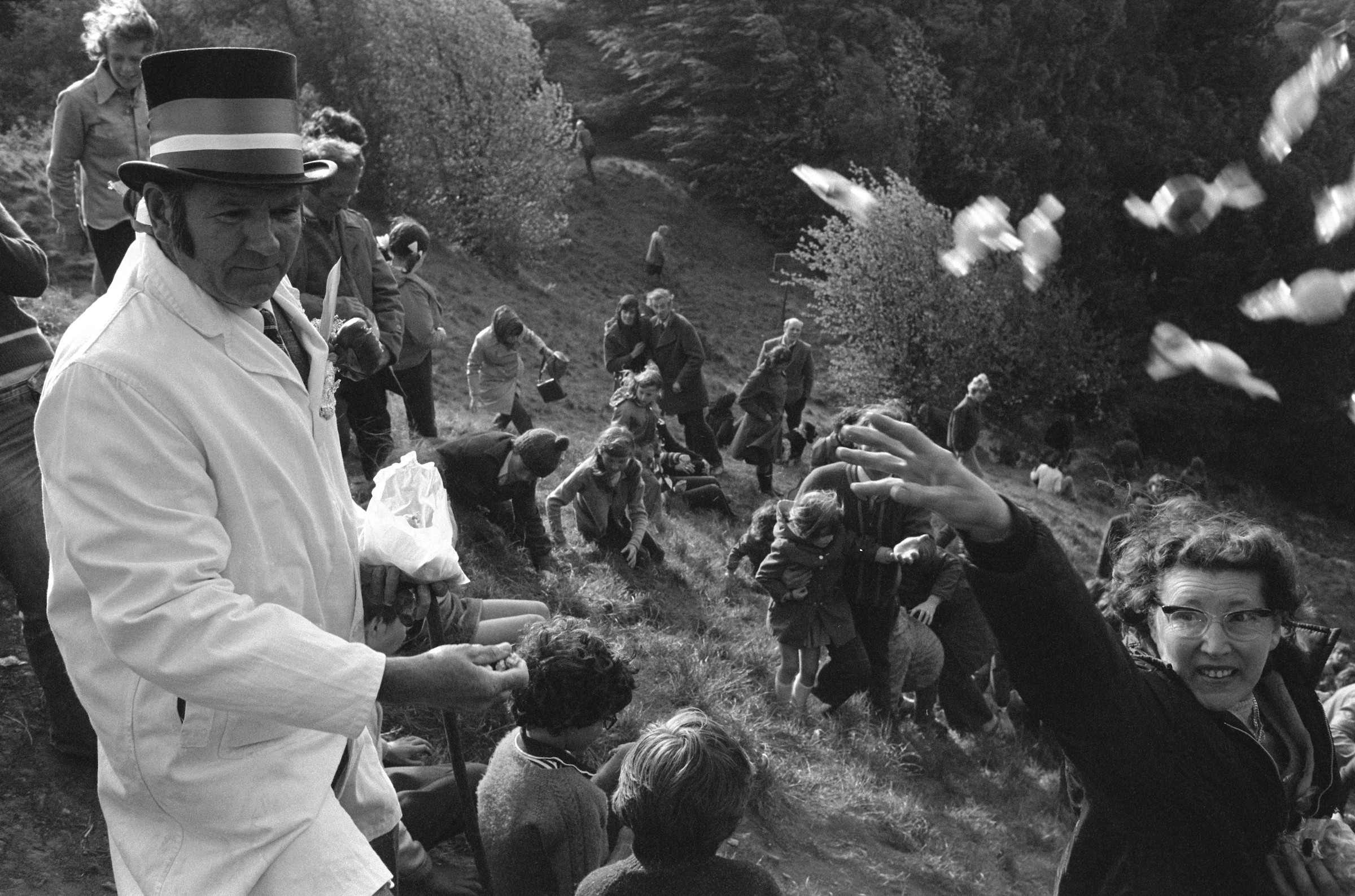 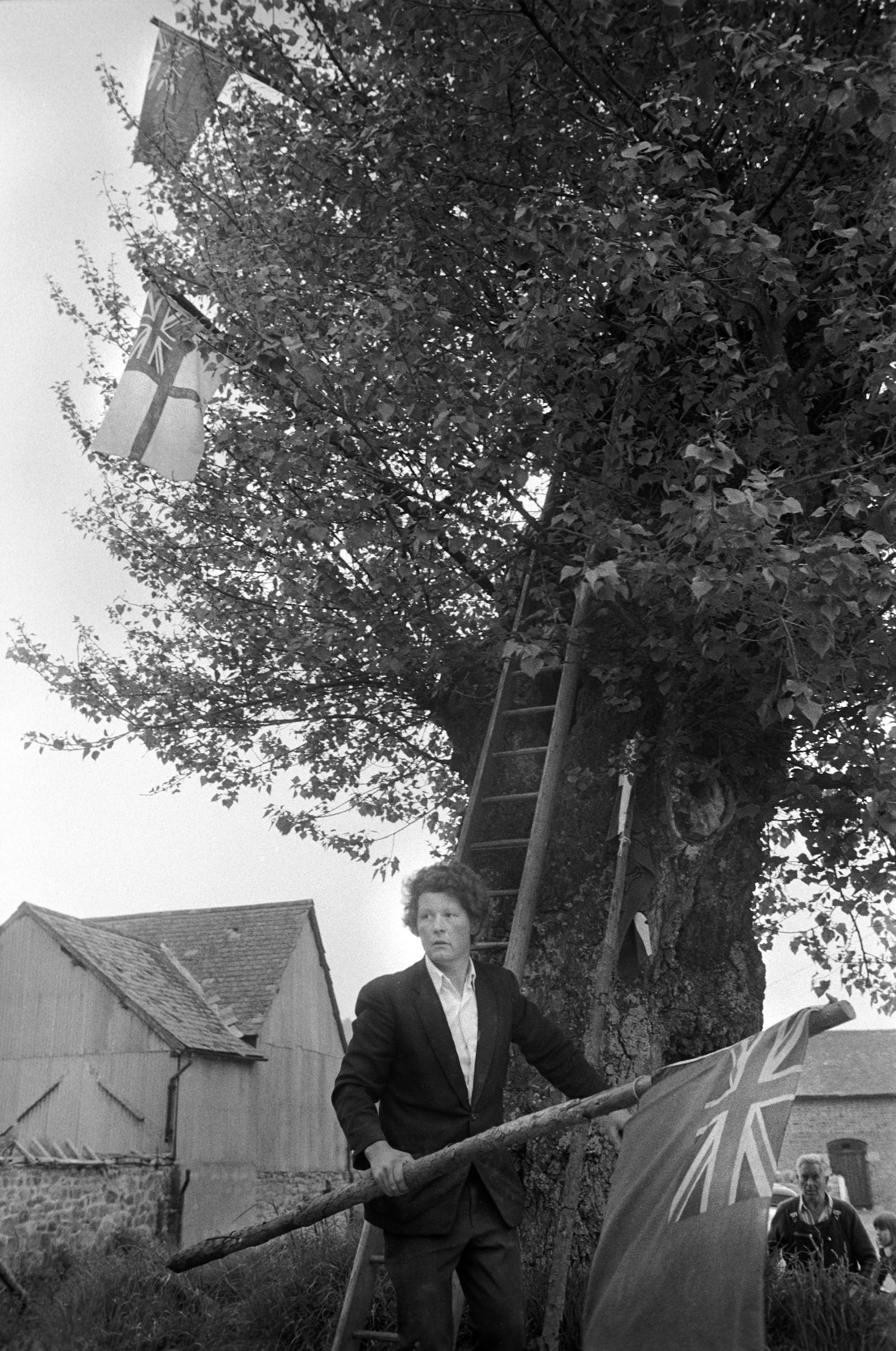 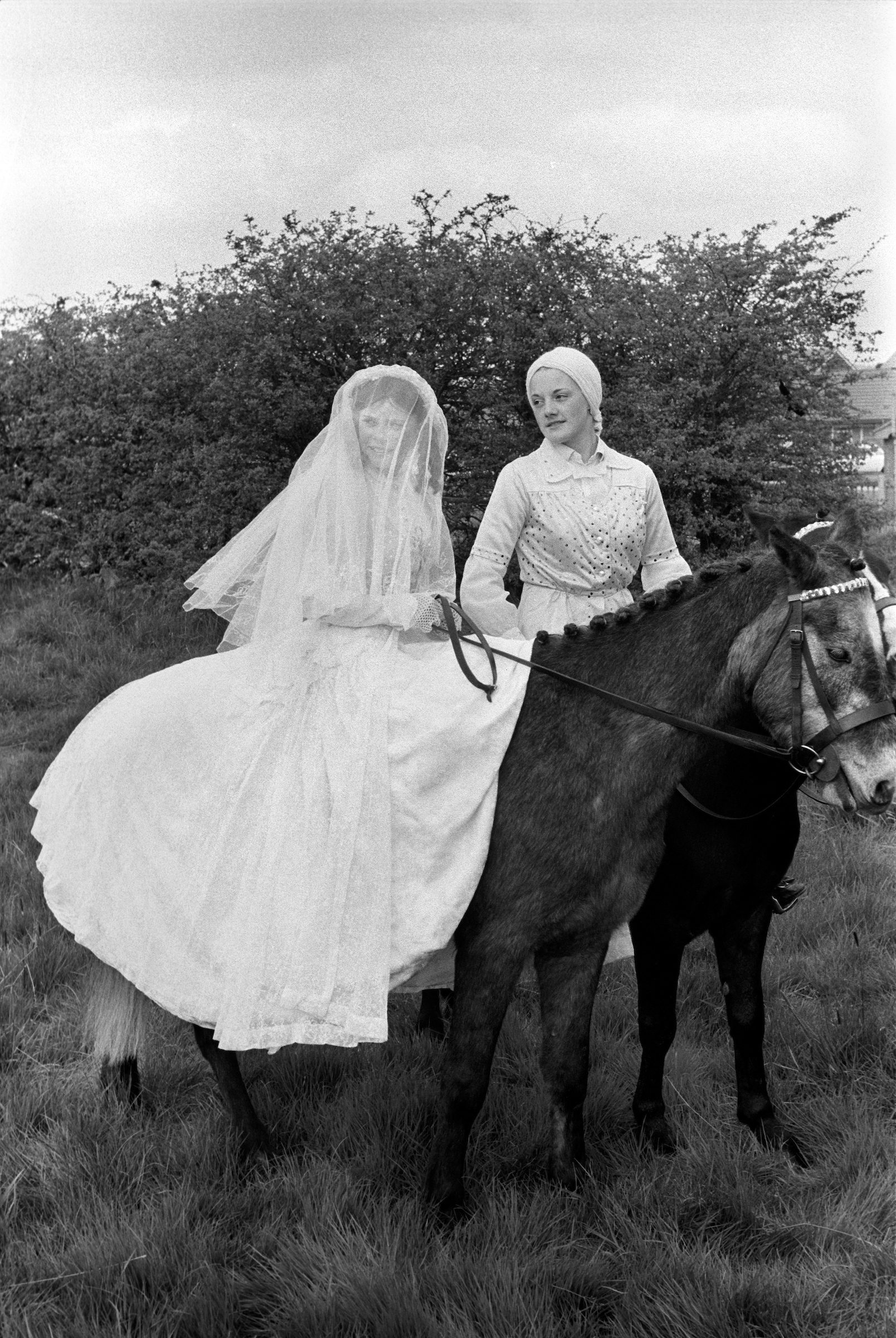 Homer Sykes – Gawthorpe May Day, Prince Charming and his Bride, 1974 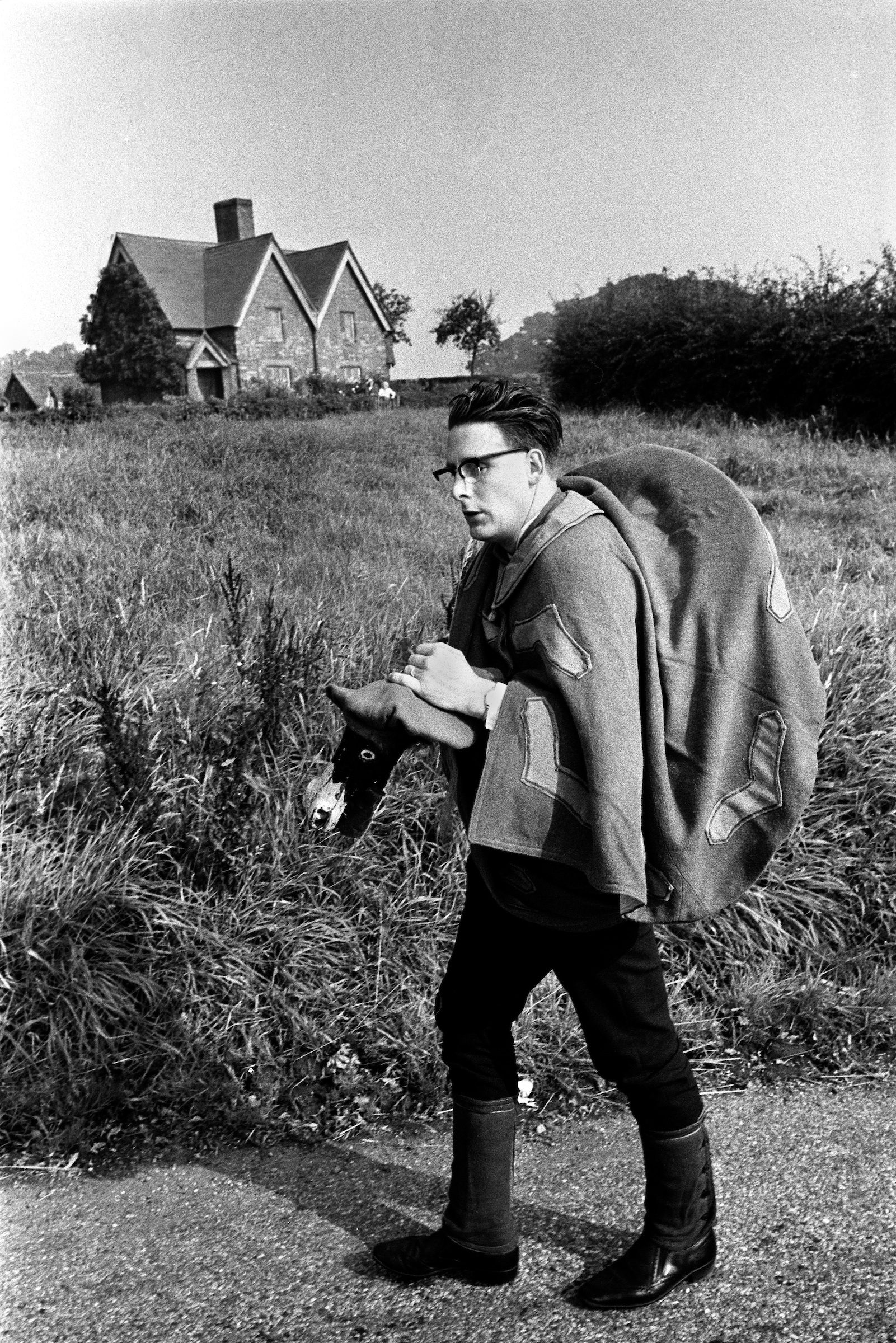 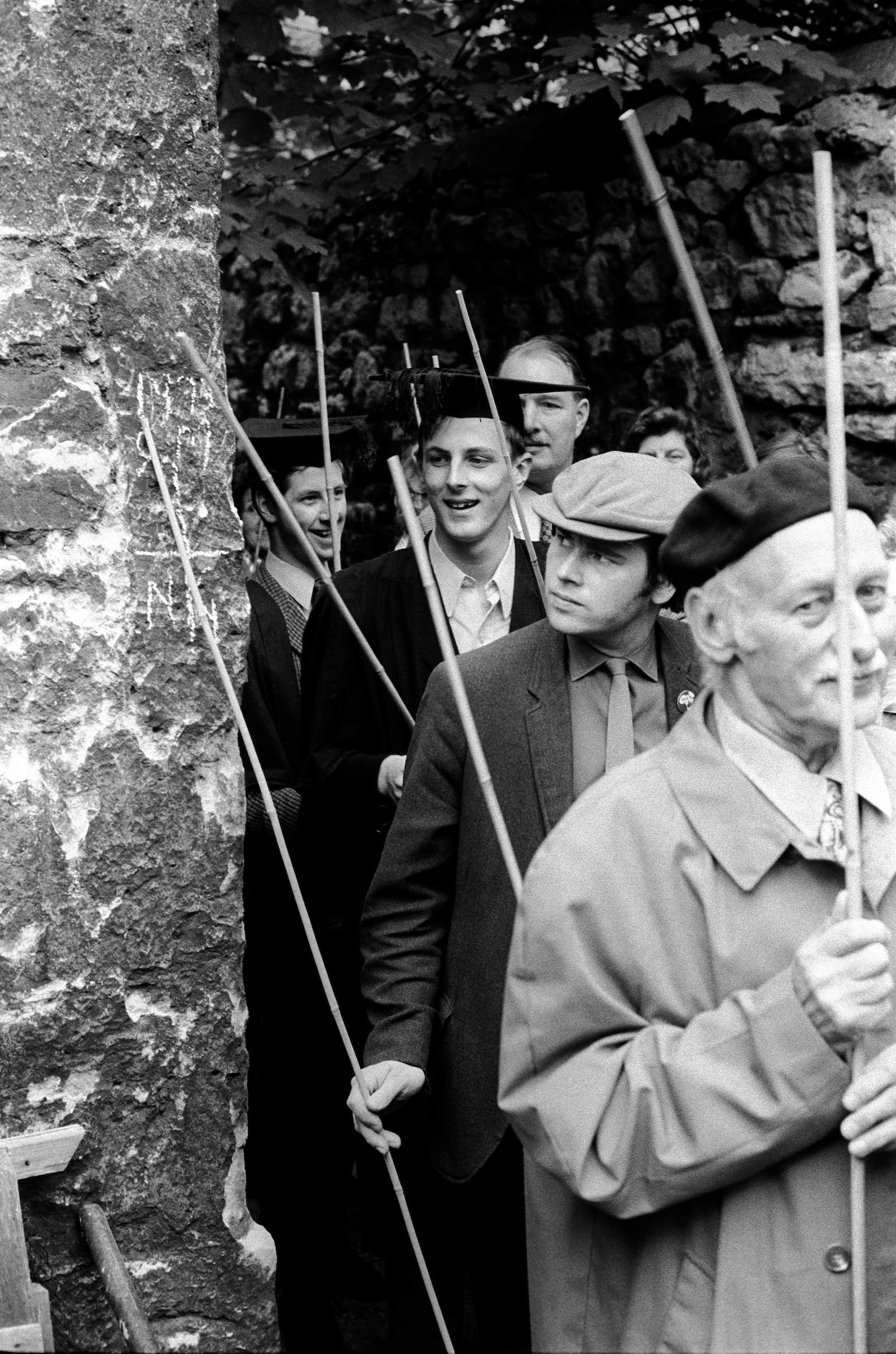 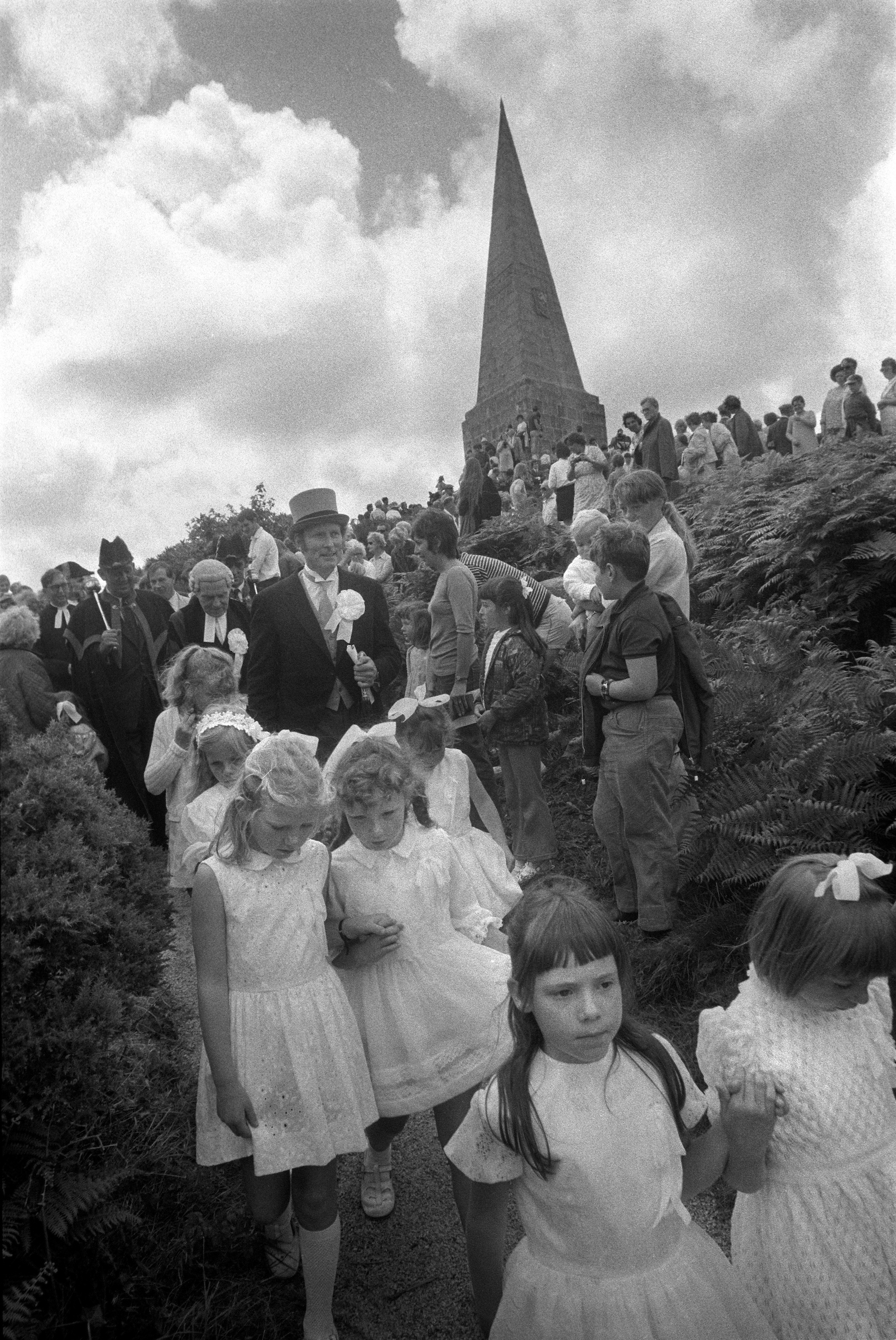 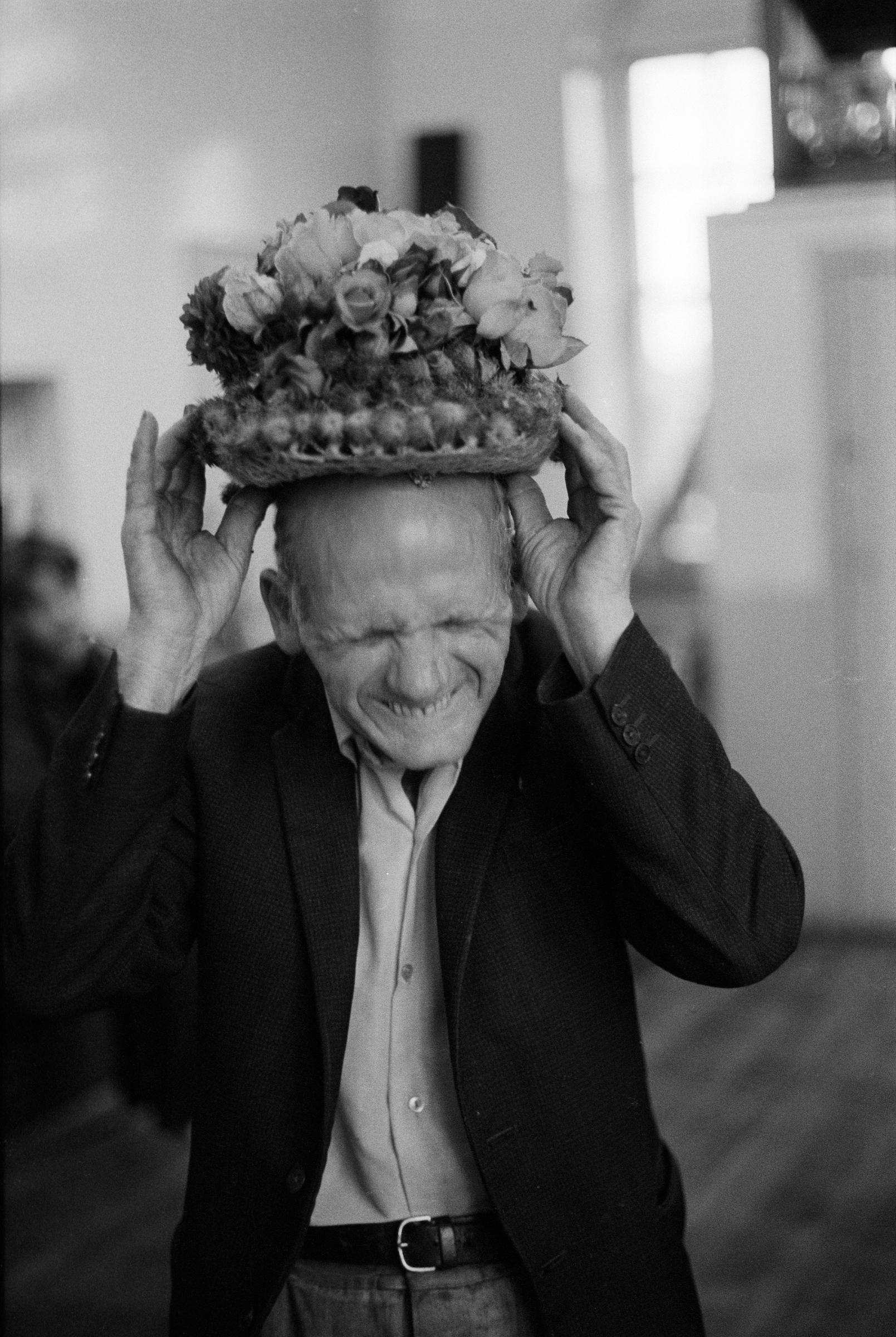 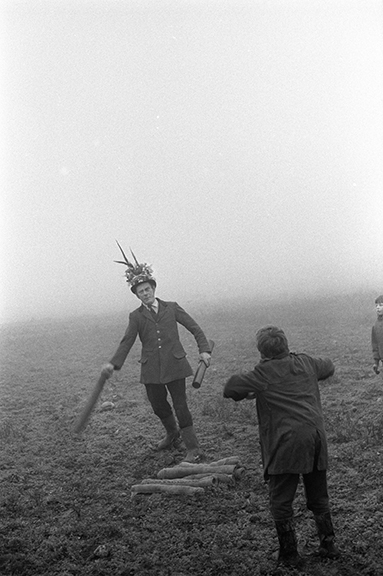 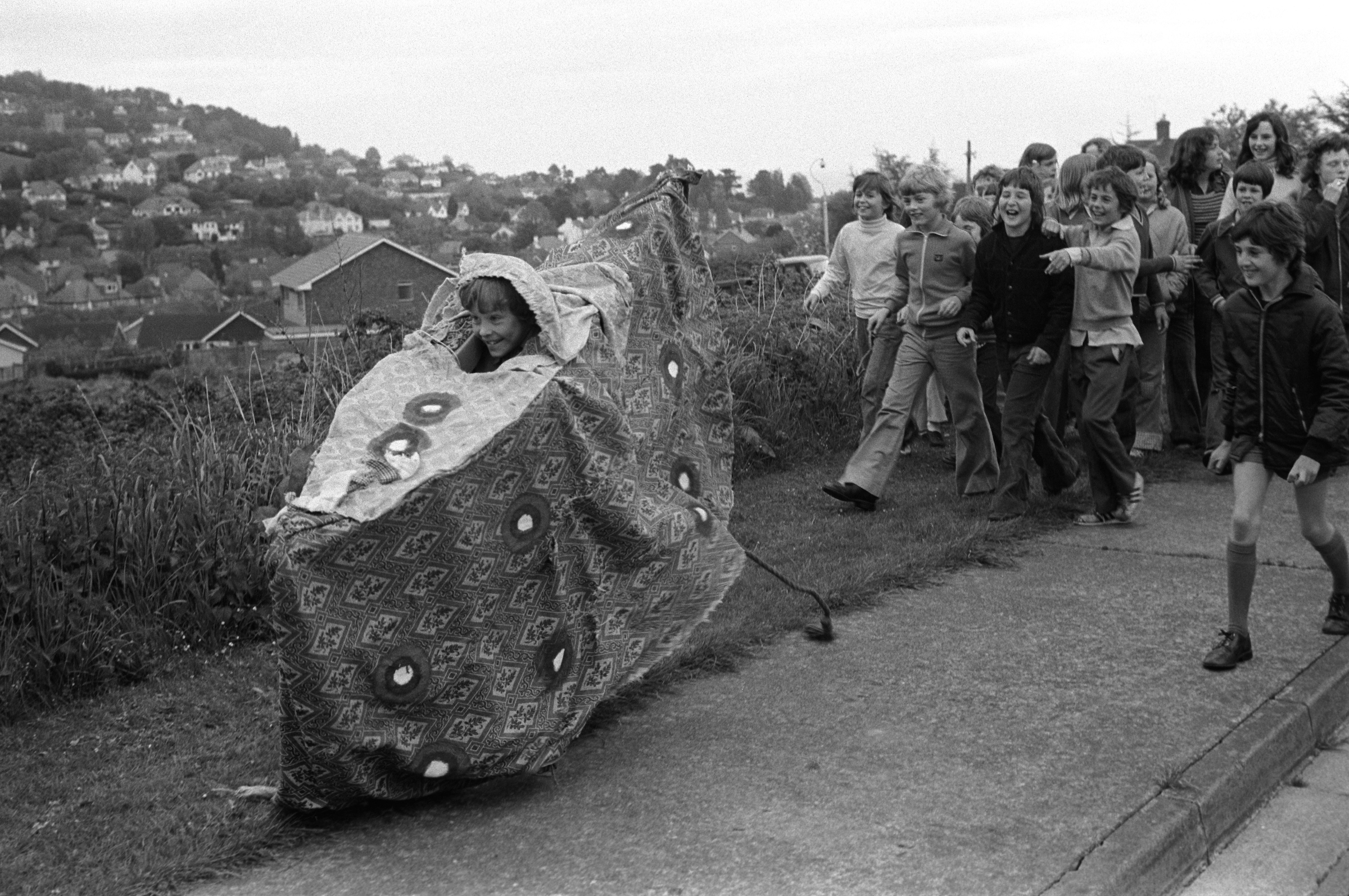 Homer Sykes – Once A Year- The Minehead Hobby Horse, Somerset, 1975 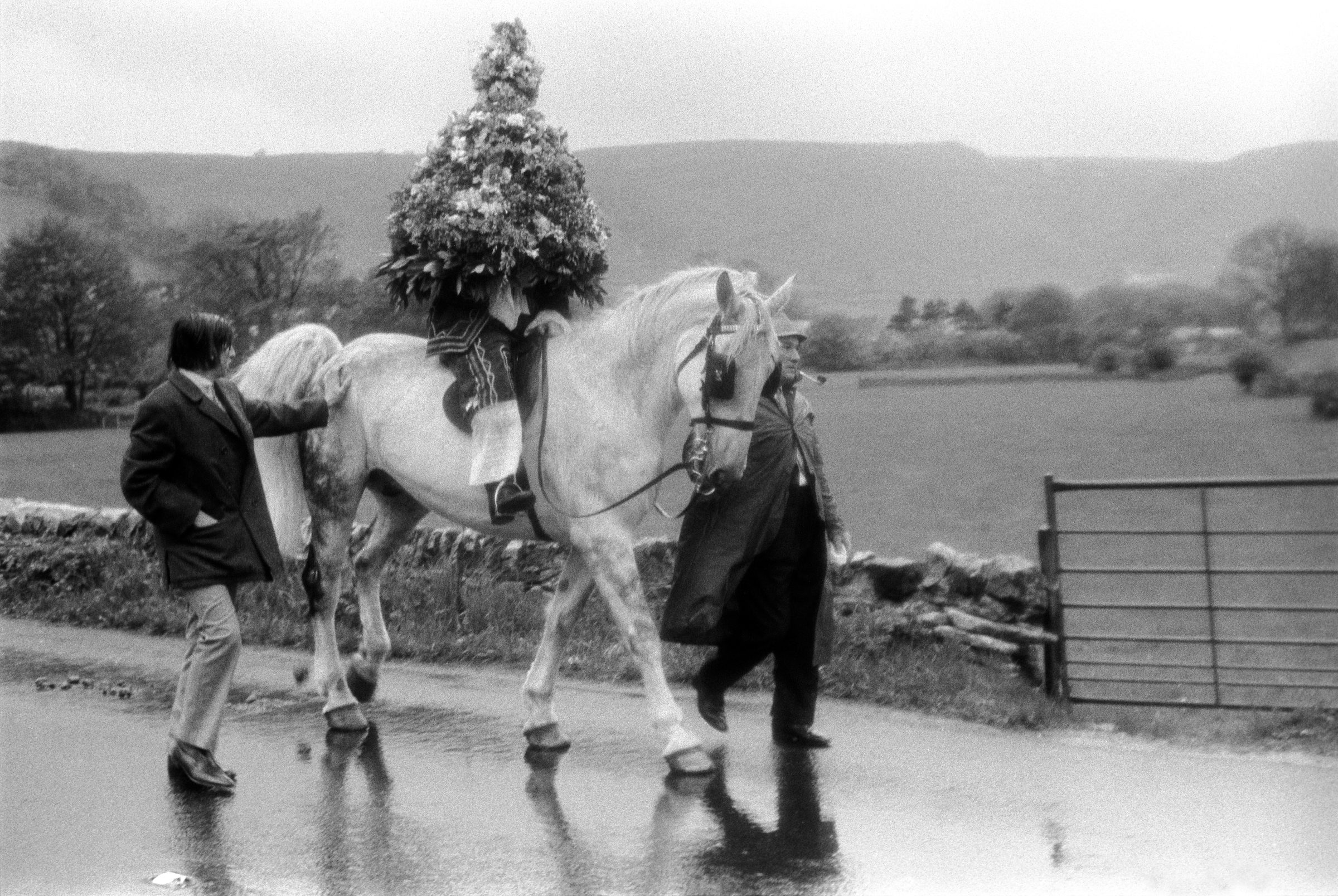 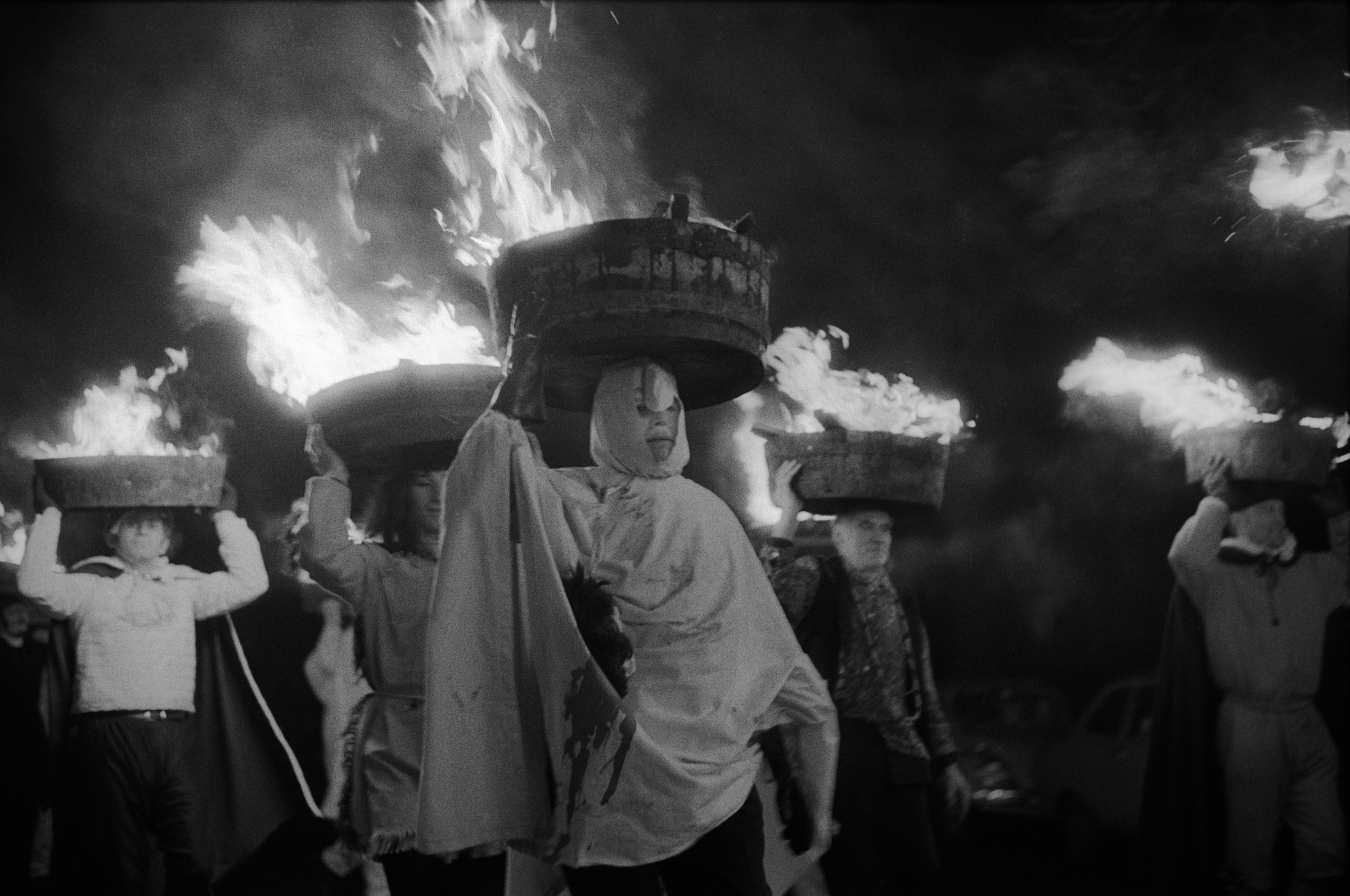