Unseen images from Blitz Club & 80s Musicians – Lucy Bell Gallery is pleased to present the first exhibition of Terry Smith’s unseen Blitz Club pictures, a rare snap shot of The Blitz Club while it was the hothouse for the New Romantics movement.

The Blitz Kids were a group of young people who frequented the weekly Blitz club-night in London between 1979-80, and are credited with launching the New Romantic movement. Steve Strange and Rusty Egan hosted Tuesday nights at the club and imposed a strict dress code. Among core photographs are George O’Dowd then a Blitz cloakroom attendant, who went on to become internationally famous in his own right as Boy George/ Culture Club. The club was also a showcase for young fashion designers who set the trends in London during the 1980s, including Steven Jones, Kim Bowen, Fiona Dealey, Stephen Linard, John Galliano, Darla Jane Gilroy and Helen Robinson of PX. These rare images portray The Blitz Club at its zenith featuring Steve Strange, Rusty Egan, Martin Degville (of Sigue Sigue Sputnik), George O’Dowd, Philip Sallon, Princess Julia, Kim Bowen and many more. Terry Smith was working for Time Magazine, when he went to visit Steve Strange at his flat in London.

“I wanted to win his trust, as that was the way I approached all my assignments, to sit down and have a chat before I started taking pictures, to tell him roughly what I wanted to achieve and to see if he had any ideas. He was charming and engaging and obviously took to me, I was 35at the time and so didn’t want to portray myself as at all cool, or give myself a “trendy guy” persona, the main aim was to reassure him. In the 60s Time Magazine had run a cover and helped to coin the phrase “Swinging Sixties”. They had a good reputation for intelligently spotting and writing about trends that were emerging, changing the cultural face of Britain. Steve would have understood this. I went along in a suit with 3 cameras around my neck with writer Ken Banta, an Ivy League Scholar, who was wearing a polo shirt. We went looking as deliberately square as possible as I wanted to emphasise that I was an observer. We went several times over a fairly short period”.

The exhibition not only includes unseen images from the Blitz, and its’ denizens, but a series of images of some of the musicians who were part of the 80s music scene. Including Sique Sique Sputnik, The Eurythmics, Boy George, Elvis Costello, Fine Young Cannibals, all shot with Terry Smith’s unique humour
and sympathetic eye. 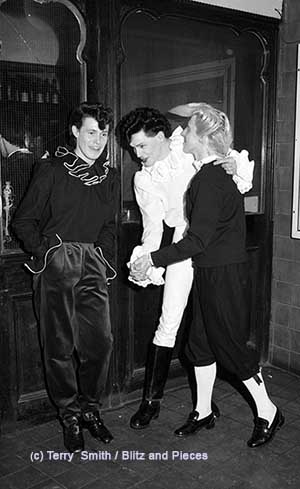 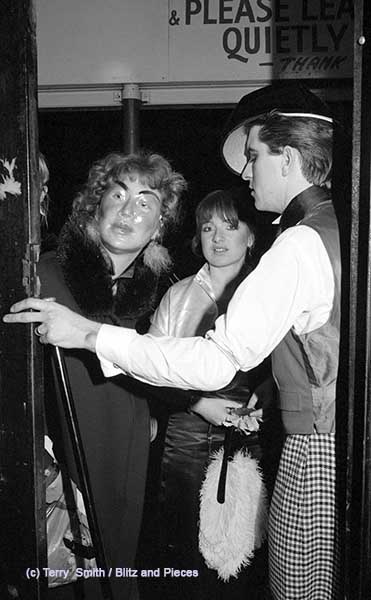 Terry Smith – Steve Strange on the Door at Blitz Club 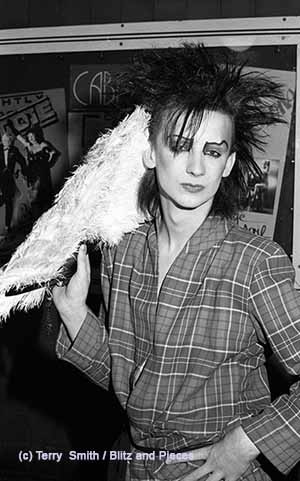 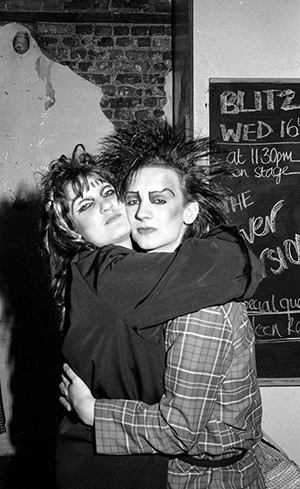 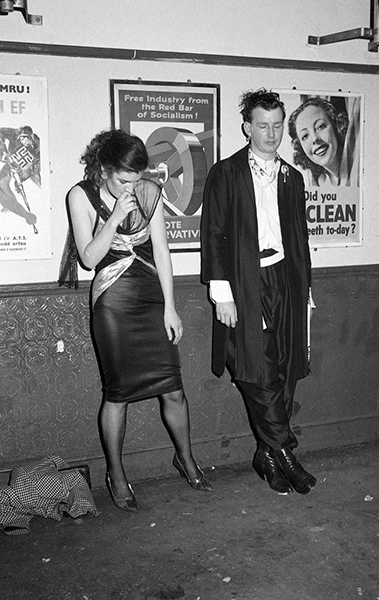 Terry Smith – Around the Back, Blitz Club 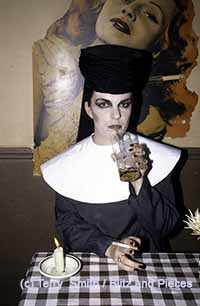 Terry Smith – Judith Franklin. At the Blitz Club, (She was in Ashes to Ashes Video) 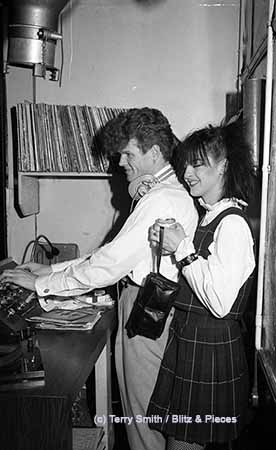 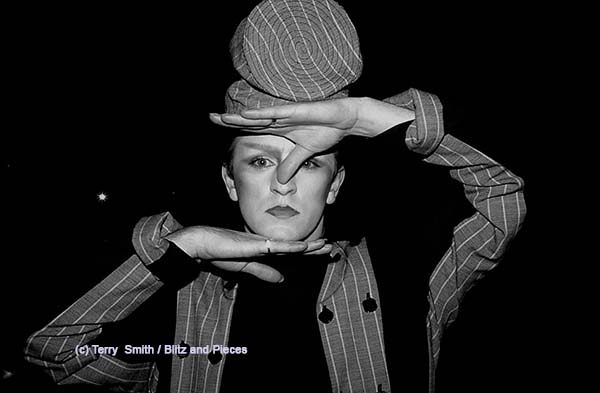 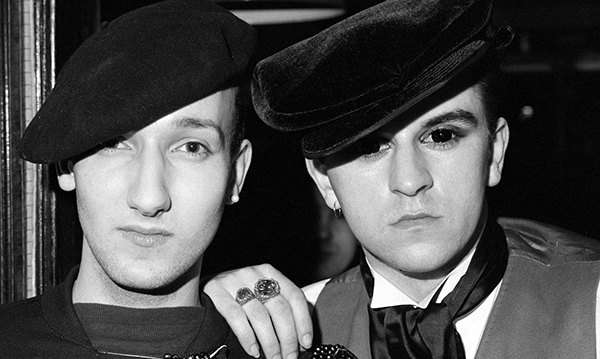